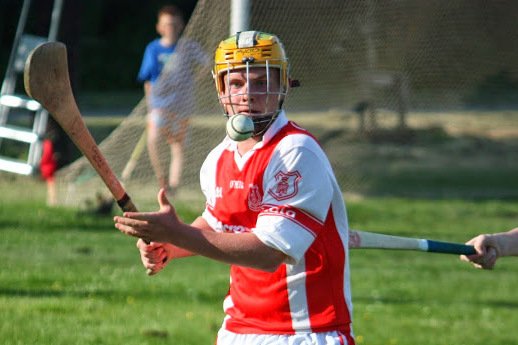 Cuala’s U16 hurlers were minutes away from a famous and deserved victory over near-neighbours Kilmacud-Crokes in this absorbing Division 1 game played in perfect conditions in Shankill. With 2 minutes of normal time to play, Cuala led 1-16 to 1-13, and had three chances of a goal to put the game out of sight. But resolute, determined defending by the Croke’s full-back line saw all three chances repelled. To add insult to injury, the play went immediately down field and Kilmacud clocked up a point at the graveyard end. A dropped ball from the puck-out was converted at the death and, sensing that they might get something from the game, Crokes pushed forward. A dubious free was awarded and Cuala came away with a single point from the game. But the determination the never-say-die attitude shown by these Cuala players is laudable. They never give up on any ball, they hook, block and hassle their opposition until they get turnovers, and they win most of the dirty ball. Their determination and positive attitude will stand them in good stead for the Championship battles to come in September.

Next up: League game against Whitehall Colmcille away in Ellenfield, 15:30 on Saturday 23 August.