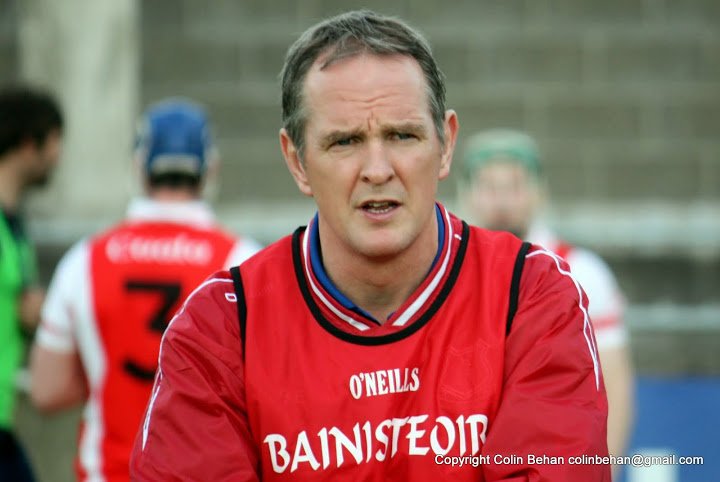 Fitness, fire and fierce determination were the hallmarks that saw Cuala’s Senior Hurlers comprehensively outclass a strong St. Vincents team in this Adult Hurling League Division 1 game in Pairc Naomh Uinsionn. Both teams have an eye on the Championship next month and the game had the pace and fire of Championship fare. Colm Cronin had an excellent game at wing-forward and has a knack of ‘ghosting’ through the centre to take passes at pace. He took one from David Treacy on 22 minutes and was put clear on goal. His shot rebounded off the keeper but he buried the second attempt to the back of the net to put Cuala up 1-6 to 0-3. Such was their dominance, nine of Cuala’s players scored from play. Paul Butler gave a man-of-the-match performance at wing-forward and like all of the forwards, hassled, harried and blocked the Vincents backs to ensure key turnovers.  St. Vincents couldn’t live with the determination of the Cuala players and when David Treacy took a deft, defence-splitting pass from his brother Seán to score the second goal 2 minutes into the second half, the writing was on the wall for the Marino crew. He would end up with 1-4. With ten to go and Cuala up 2-14 to 0-8, John Heatherton had a chance to eat into the lead, but his penalty was driven into the ground and bounced harmlessly wide. The final score was 2-17 to 0-9 in favour of the Dalkeymen.

Footnote: With nine games played in AHL1, Cuala on 8 points jump to joint 3rd in the League with O’Tooles. St. Judes are flying high on top with 16 points, St. Vincents remain 2nd on 11 points.

Next Up: AHL1 versus Kilmacud Crokes,  Saturday 30th August 18:00, ShanganaghPark.