The Assets of the Club are vested in its Trustees: 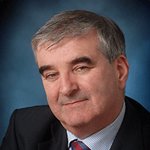 There is a long tradition in Cuala of recognising a lifetime’s contribution of outstanding service to the Club by appointing a Club President. This is a very important role which is reserved for a member who not only earned the position through a lifetime’s service to Cuala but someone who still embodies everything that is best in the Club. In April 2017, this honour was awarded to our Fourth President, John Sheanon. 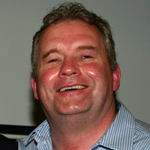 Cuala’s Sports and Social Integration Project is a Government-supported project, funded under the Young People’s Facilities and Service Fund. The Project is managed by Damien Byrne who has many years experience of sports management, health promotion and community development. The SSIP. works alongside the GPO and the Cuala Coaching Department to deliver a combined approach to developing Gaelic Games and fostering healthy attitudes amongst young people towards sports in a wide area including Shankill, Loughlinstown, Ballybrack, Mounttown, Sallynoggin and Dún Laoghaire.

Ken Fitzgerald was appointed to this role in 2010. He is responsible for ensuring that the programmes set out by the Coaching Committee are delivered within the Club and its partner schools. These programmes cover a wide spectrum of activities including co-ordination of Holiday Camps, delivery of Drug Education & Youth Health Programmes, promoting healthy lifestyles and training & Development of Cuala coaches

Mark Brennan was appointed to this role in 2019. He has played both Hurling and Football for Carlow for over 12 years – winning two senior hurling titles and two football
titles. Mark completed his athletic performance mentorship through Phoenix based company Athlete’s Performance before going on to work with Harvard University’s strength and conditioning department. He managed the Carlow Minor Camogie team 2018. GPOs are appointed by Central GAA to promote and develop Gaelic Games in the Cuala area. They work in close collaboration with the Coaching Department and Games Committees.

*(or co-opted by elected Coiste Officers where a vacancy may arise prior to AGM, EGM or Special Meeting being called)

The central governing body of the Club is the Coiste (“Committee”) comprising up to 15 Members elected at the Club AGM or subsequently co-opted to fill vacancies.  The authority of the Coiste is defined in the club’s Constitution. In addition to their formal representative and officer roles, members of the Coiste typically take on additional responsibilities for leading club programmes or projects.

The Club Children’s Officers shall assist in promoting a child and youth centred ethos in the Club.

The Club Children’s Officers are the link between the children/young people and the adults within the club.
The key role of the Club Children’s Officers is to ensure the implementation and promotion of the relevant Code of Behaviour (Underage) , so as to ensure that young people can participate, enjoy and benefit from our Gaelic Games in safe and enjoyable surroundings.

All GAA clubs must have a Designated Person who shall be responsible at an initial stage for dealing with any concerns relating to the possible abuse of children as reported or made known to them.

The two Children’s Officers in the Juvenile Sections are:

Meave O’Loughlin – Juvenile Girls/Boys & Minors (up to u18)

In addition to its normal day-to-day work – overseeing routine tasks in and around the Club – the Coiste play an important role in developing strategic initiatives such as planning, improving facilities, facilitating growth and other special initiatives.

A great deal of work gets done “behind the scenes” across all sections of the Club to ensure Cuala is organisationally and financially equipped for the challenges that it faces. It is important to acknowledge that the vast majority of this work is completed by Cuala members and volunteers giving willingly and freely of their time. We are deeply appreciative of their efforts and support.

Another vital element of our support comes from businesses of all shapes and sizes who recognise Cuala’s unique place the community and who generously provide support for teams, events and projects. We urge all members and supporters to review our list of Corporate & Team Sponsors.

Cuala members are welcome to contact Coiste if you need assistance or information about any aspect of the Club. Most importantly, there is a role for everybody in our Club projects and all offers of help will be warmly received. If you are interested in helping with any of the areas outlined or if you have expertise or ideas that you think will be of benefit to Cuala, please don’t hesitate to contact any member of the Coiste. You don’t have to be a member of Coiste to participate in or lead a club project.

Some ‘seats’ at Coiste are filled by “Games Representatives” who are elected, by all club members, at the Club AGM.  The nominees are typically those identified by their respective Games Sections at their local AGMs. 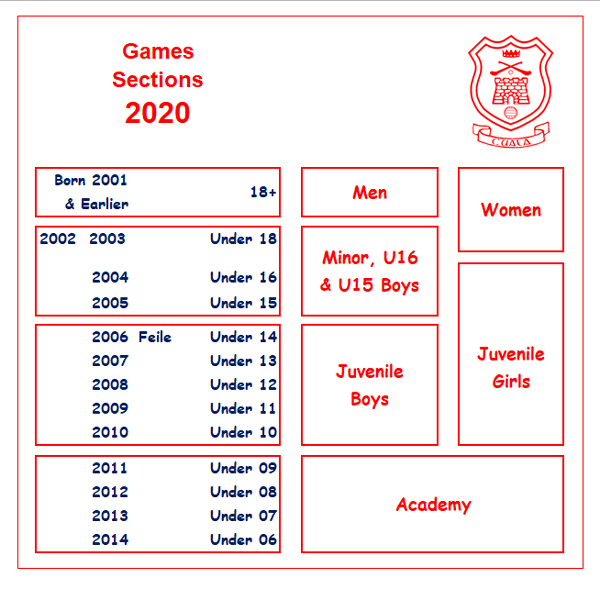