Cuala is based in south County Dublin nestling between the sea and the N11. Headquartered in Dalkey, the club serves a wide community from Blackrock through Dun Laoghaire to Shankill, it draws its support from almost 1,000 households and currently has 1,600 active members placing it among the larger clubs in the county. It plays home matches in Dalkey, Shankill, Meadowvale and Thomastown – participating in over 70 competitions accommodating all ages from Adults to Juvenile.

Success on the Field 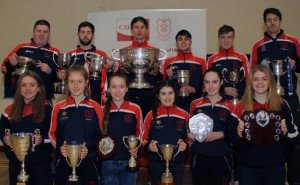 Given its considerable size, one might think it difficult to build a singular sense of what the 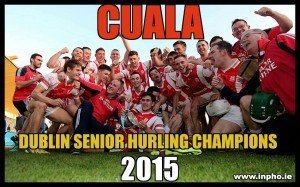 club is all about.  However, it is in that great diversity that Cuala has found enough common ground to build a wonderful environment in which to instil a love of Gaelic games and culture and that in areas of South County Dublin not traditionally seen as a heartland for the GAA.

Cuala’s success in the community has been matched in recent times by significant achievement on the field of play. 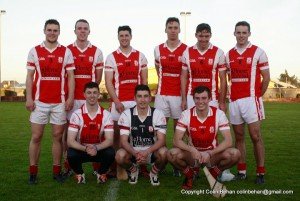 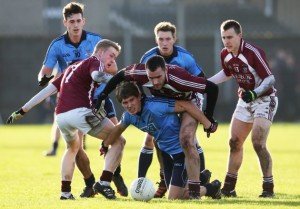 A number of our younger players have also joined the Dublin Senior panel on the back of our huge success this year.

On the football front Michael Fitzsimons (holder of 3 All-Ireland medals) is now joined on the Senior football panel by Conor Mullally, Con O’Callaghan and Darren MacBríain.

The Ladies and Juvenile Girls sections have shown exceptional growth over recent years. The Ladies team were narrowly beaten in the Cup final, their U13,14 & 15s are Championship winners and this season, we have a Senior Camogie team, a first for the club in a long time and they are also Championship winners.

The Cuala Academy continues to pack Hyde Road with close on 300 youngsters every Saturday morning. With the enthusiastic support of committed Parents and Mentors, it augurs well for the future of Gaelic Games in South Dublin.

Rooted in the community it may be, but success like this doesn’t grow on trees. Cuala employs two full time coaches who do sterling work in our partner schools and also tie in with Cuala’s Sport & Social Integration project which concentrates it’s efforts in the DEIS schools in the area.

Cuala’s greatness stems from the spectacular commitment of its many volunteers and is underpinned by a strong sense of history with many generations of the same families tracing their Gaelic Games pedigrees in the area back to the late 1800’s. The formal Cuala story can be traced from Cuala Hurling Club (Dalkey, 1918) through a variety of mergers, ‘rests’ and ‘ressurections’ involving Naomh Mhuire Camogie Club (Sallynoggin, 1948), St Begnet’s GAA Club (Dalkey 1959, renamed Dalkey Mitchell’s in 1962), Roger Casements (Dalkey 1966) and Cuala Boys (Dun Laoghaire, 1962).