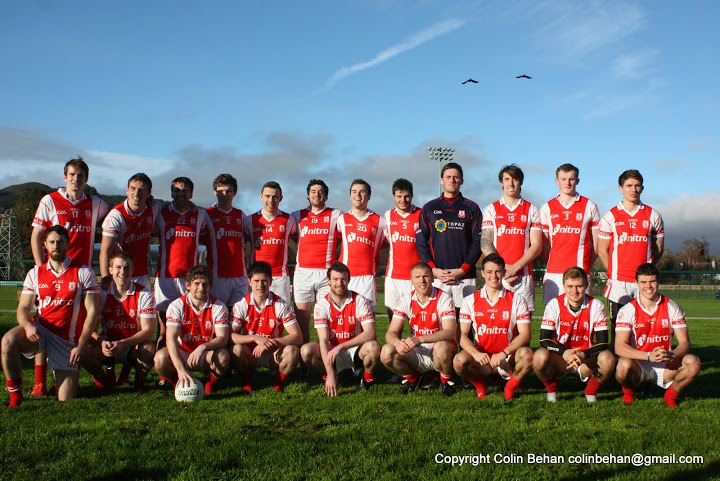 Having narrowly lost their first league match to Templeogue Synge Street. The Senior footballers bounced back to secure the points against Parnells in a hard hitting Division 1 league game. Playing against a strong breeze in the first half, Cuala started brightly and raced into an early two point lead. The home team were dominating around the middle sector with Eoghan Breathnach and Scott O’Brien winning plenty of ball. The forward momentum of the Cuala wing backs Martin Cahalin and Adam Hudson had Parnells on the back foot from early on. The tireless running of David McMahon led to openings that Luke Keating exploited as only Luke can. At the half time break Cuala led by seven points to four.

Cuala were by far the better team in the second half, with Conor Mullally dominating exchanges at centre half back. In reality the game should have been over as a contest, but Cuala failed to convert their many scoring chances. With time running out Parnells launched a speculative high ball into the square. Goal game on, Cuala only two points up. Kevin Killion stood firm in the full back line as Parnells searched for the winning goal. Young Diarmuid Sexton who had just been introduced showing great maturity scored a lovely point from forty metres to secure the points for the home team. Luke Keating has to take the plaudits up front having scored five points from play. The management team must be delighted with this win, which will galvanise the panel for the season ahead.