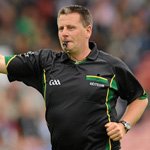 The following Playing Rule changes which were passed at Congress on 14 April 2012 and are to be  be implemented in Football and Hurling competitions from 14 May.

An additional Power of the Referee has been added as follows:

“To consult, on a needs basis, with a linesman or umpire(s) – where neutral – in order to establish matters of fact.  In the case of the Umpires, this shall include consultation concerning the validity of a score when the Referee is in doubt”.  This rule change gives the referee power to consult with the linesmen and umpires and will be particularly relevant in the adjudication on “square balls”.

Previously,  substitutions could only be made when the ball had gone out of play following a score or a wide, or when a stoppage in play was called by the referee for medical attention to an injured player.