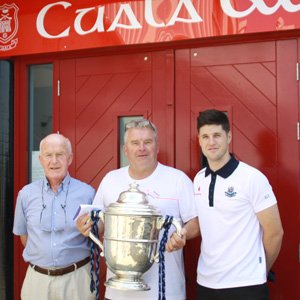 1961 was a very long time ago! That’s history, some say. But history doesn’t have to happen so far in the past; it can be happening now too.  And this certainly was the case in July 2013 when, for the first time since 1961, the Dublin Senior Hurlers won the Leinster Championship – and earning Cuala a visit from hurling ‘royalty’ 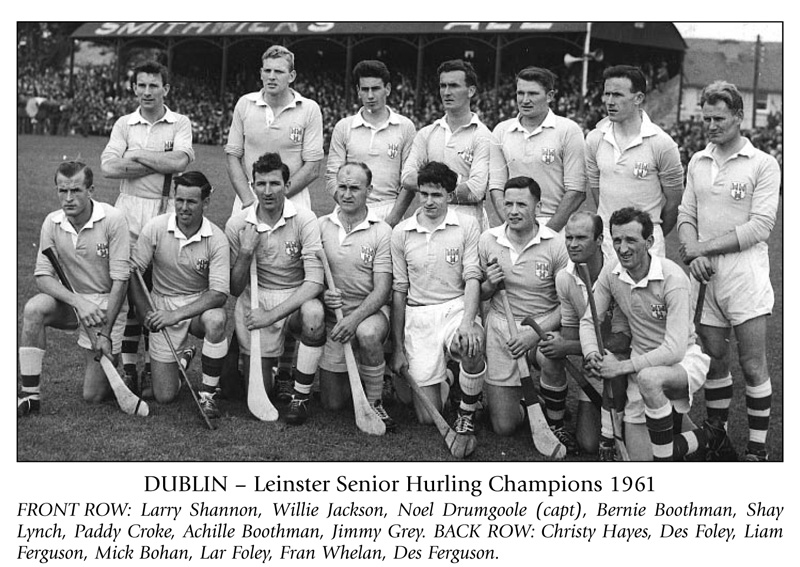 The world was a very different place in ’61. No Sunday Game to re-live the match action; in fact, RTE had not even begun broadcasting until December of that year so all the match action could only be ‘seen’ on the ‘wireless’.

On the world scene, US President elect John Fitzgerald Kennedy,  was about to take power from Dwight D Eisenhower while, in Hawaii, a young Barak Obama was born.

Back at home, we had two meteorological phenomenons – a cyclone in Mayo caused by Hurricane Debbie and Barry McGuigan,  the Clones Cyclone, was born.  We even had  Royal guests that year – Prince Ranier and Princess Grace of Monaco paid us a visit. But for our Dublin hurlers the only historic event was their winning the Leinster Senior Championship that year.

It seems hard to imagine this now but, In 1961, there was no “Cuala”.  However, Gaelic Games were alive and well in the Borough – with our three ancestral clubs in full swing through Dalkey Mitchell’s, Roger Casement’s and St Mary’s. But plans were already well-advanced to launch a new juvenile club to be known as Cuala Boys – an undertaking that must surely have been spurred-on by Dublin winning that Leinster Hurling Championship.  That branch of our Club DNA was to be started in ’62 by Tom Holden and others. Now it must surely be no coincidence that, 41 years later, no fewer than 4 Cuala Hurlers were among those lifting the Bob O’Keeffe Trophy, with two of them, Paul & Marc Schütte, being grandsons of Tom Holden. 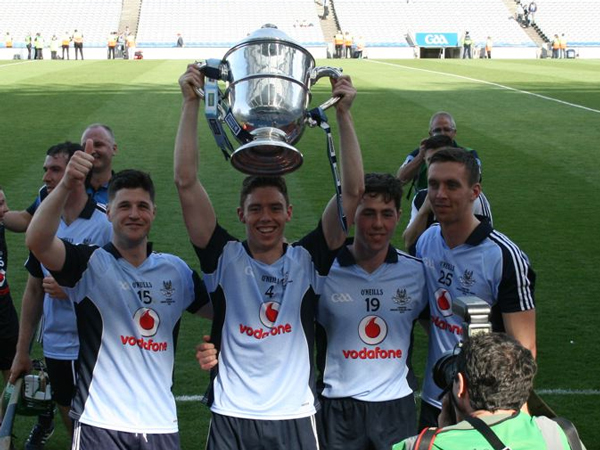 And here’s an interesting connection between Cuala and that ’61 winning team. Larry Shannon was later to be part of success storey in Cuala when he was manager to the Senior Hurlers from 1994 – 1998 , a period that started with Cuala’s third Championship success.
And so it was that the Cuala Summer Camp had its own royal visit of sorts this week when Larry, David Treacy (& Bob) dropped by to celebrate the latest Dublin Hurling success and to help present Certificates to our Summer Camp achievers – they’re the guys and girls who’ll be lifting silverware in years to come – and are making tomorrows history today. Wouldn’t Tom be proud? 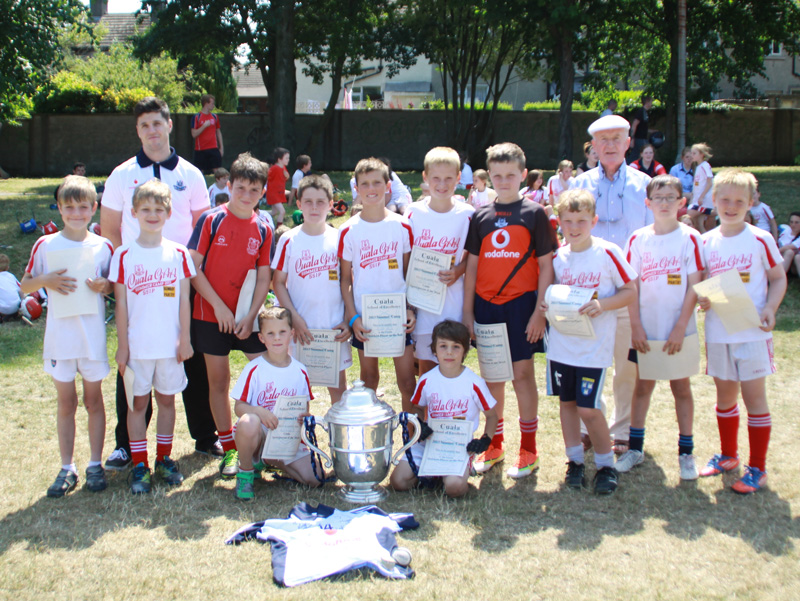