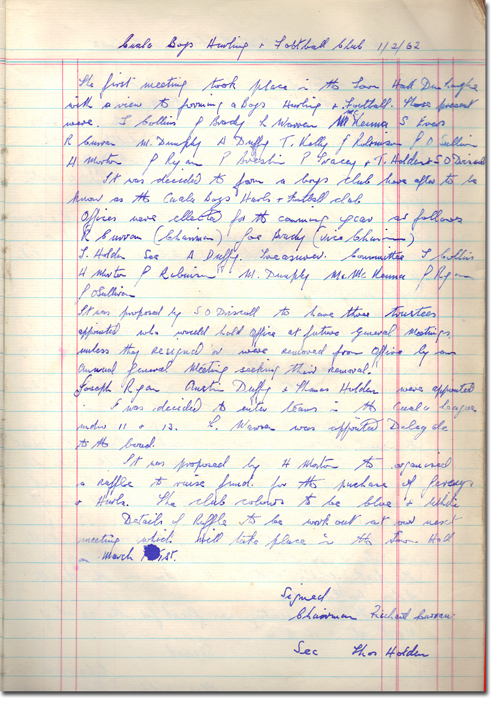 Cuala Boys was formed from players who participated in juvenile games in  the Cuala Marian League.  the early players were drawn mostly from students who attended Christian Brothers School, Eblana Avenue, Dun Laoghaire.  Boys belonging to two neighbouring clubs, Dun Laoghaire Commercials & St Michaels, (both of which were in the course of disbanding) were also amalgamated into Cuala Boys. Initially, the playing colours were blue & white. The first games were arranged against Palmerston, Foxrock and St Kevins (Bray).

The inaugural Committee was comprised of –