The Ó Maoláin Album celebrates a remarkable victory by Harold Boys Dalkey in the 1956/57 Primary Schools Div 3  Hurling Final with a team picture and cuttings from a subsequent Evening Press.  Many of the families named are still with the club.

This  success followed on earlier achievement as the Dalkey Boys had already secured the Schools Football Final the previous December.  We’ll publish more on this shortly since it provides some interesting reflections from a former Dalkey teacher on his association with a club football team that played ‘on the Hill’ and in South Dublin League  sometime after 1911. 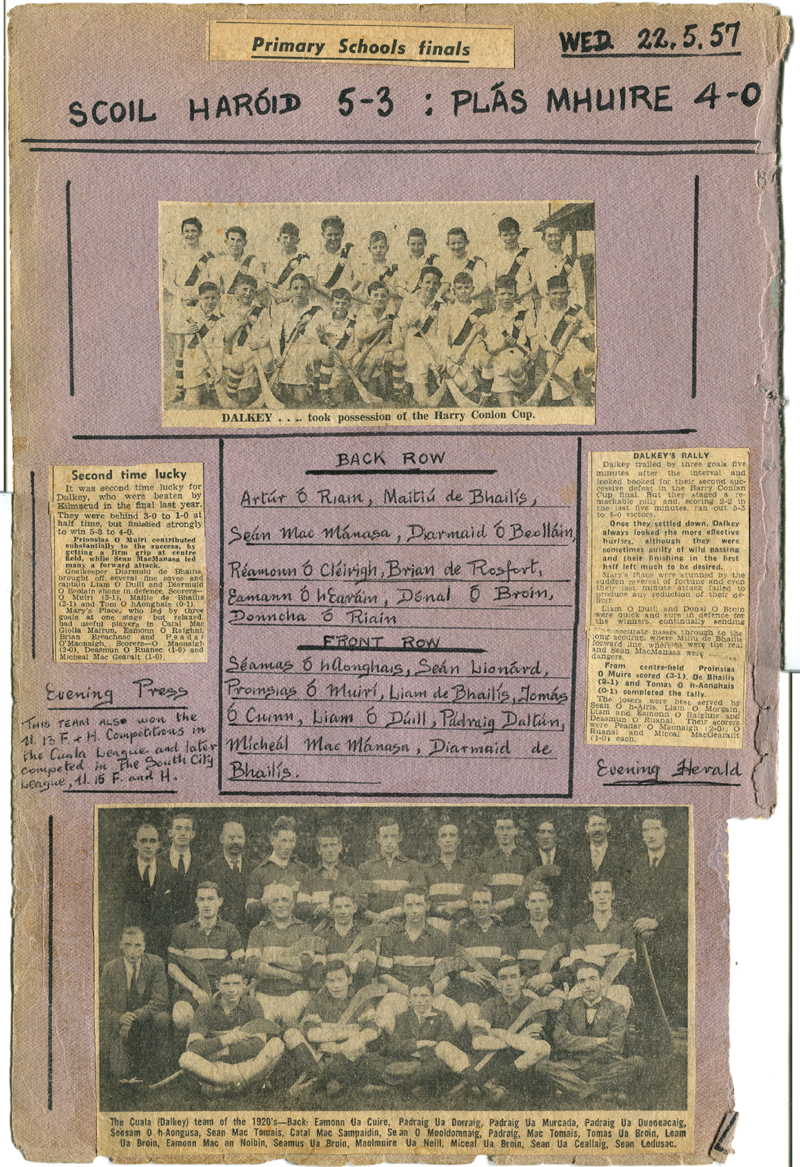 You’ll notice the Album is adorned with a newspaper image of the 1920s Cuala Hurling Team – heres a closer look . . . 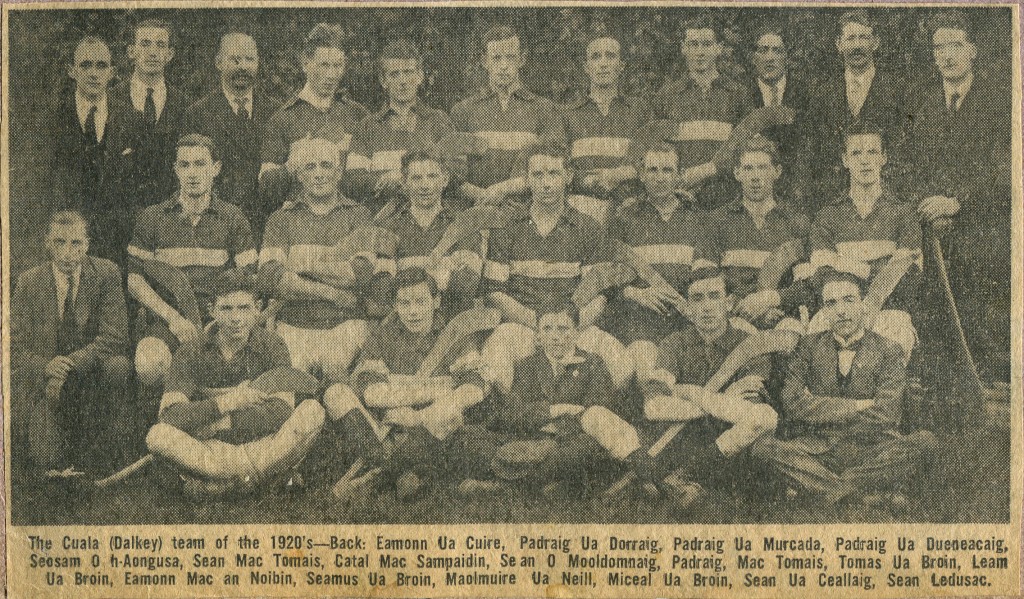