1967 was an extraordinary year for Dalkey Mitchell’s.  The Club (that had been born in 1959 as “St. Begnett’s”, and which had adopted its new name just 5 years earlier in ’62) won its first ever Junior Hurling Championship.  It was to be the start of a terrific run of form. The following year saw them secure the Intermediate Hurling Championship and the year after that, ’69, they had achieved Senior status.  Add another 5 years to the timeline and Dalkey Mitchell’s would be taking another bold step forward – an amalgamation with Cuala Casements/Naomh Mhuire to form the great club we know today as Cuala.

The range of material surrounding the historic win – newspaper cuttings, the Ó Maoláin Album and even a specially composed song – give us a sense of the excitement and achievement involved. A truly wonderful inheritance to inspire today’s players. 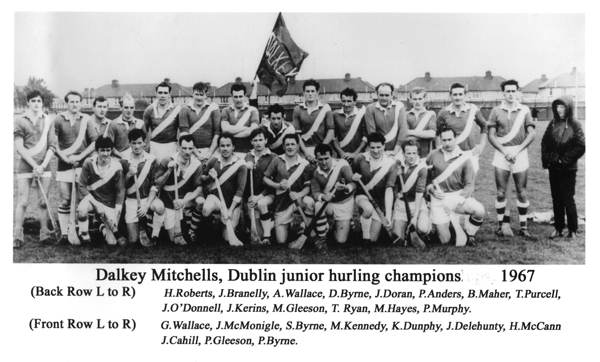 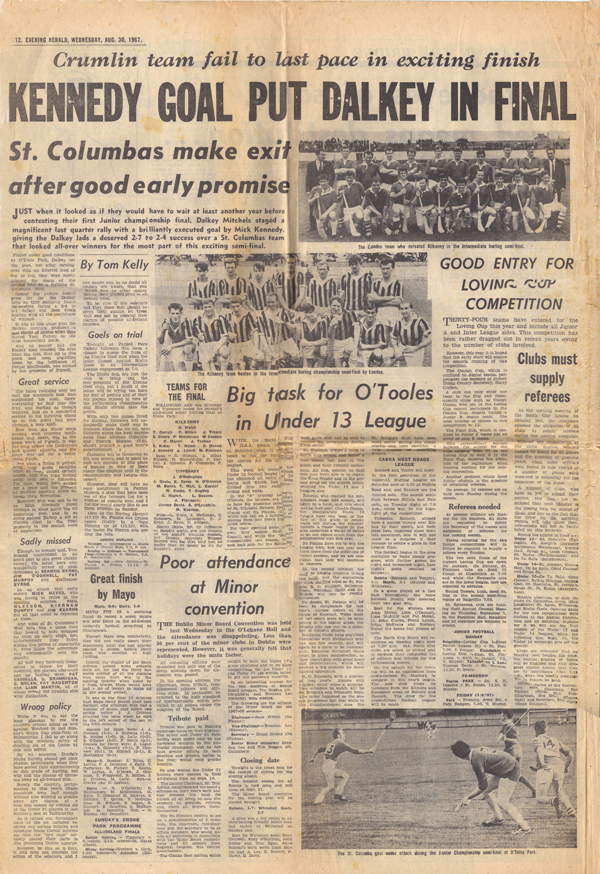 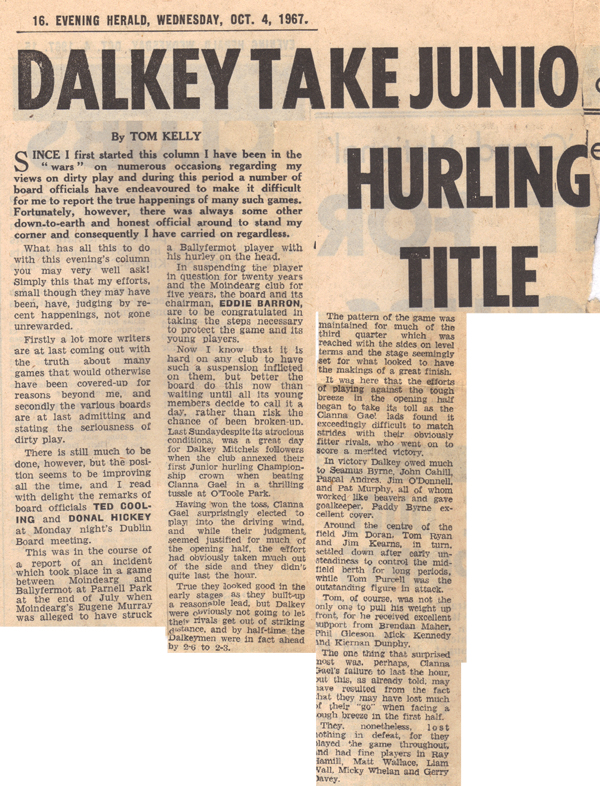 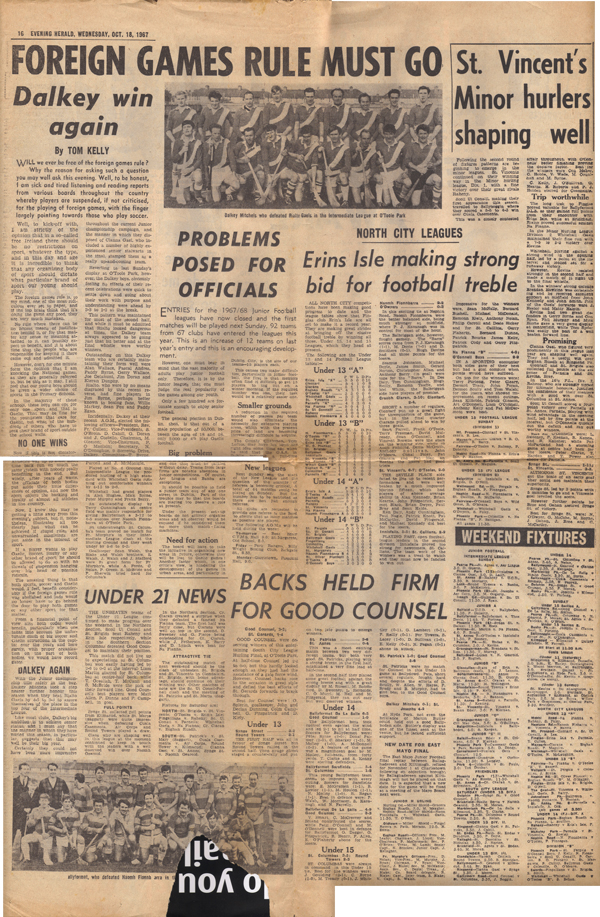 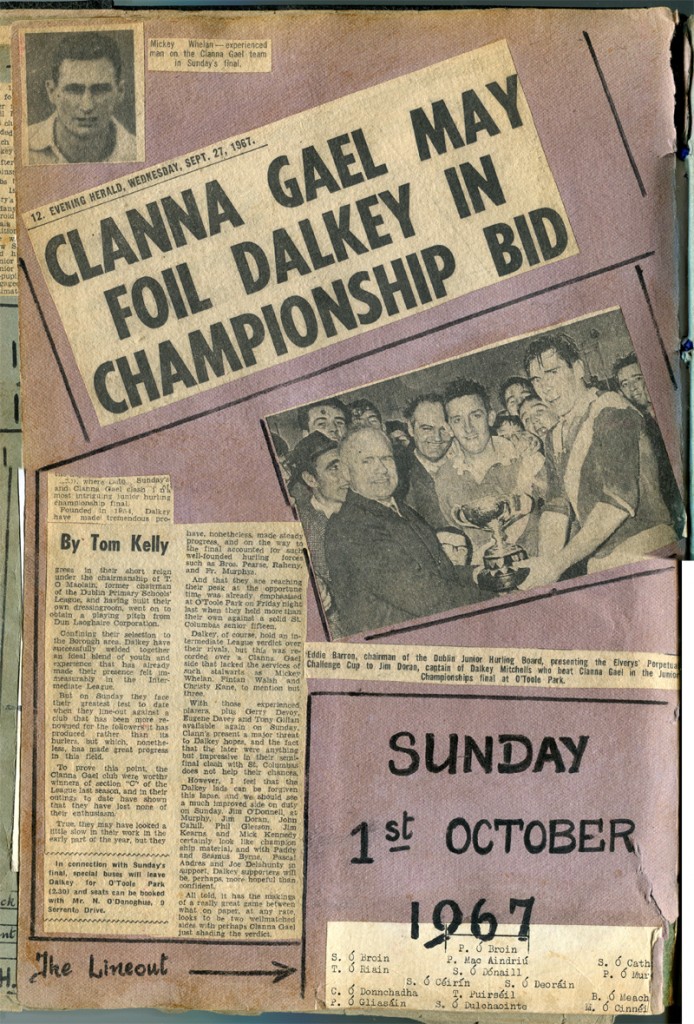 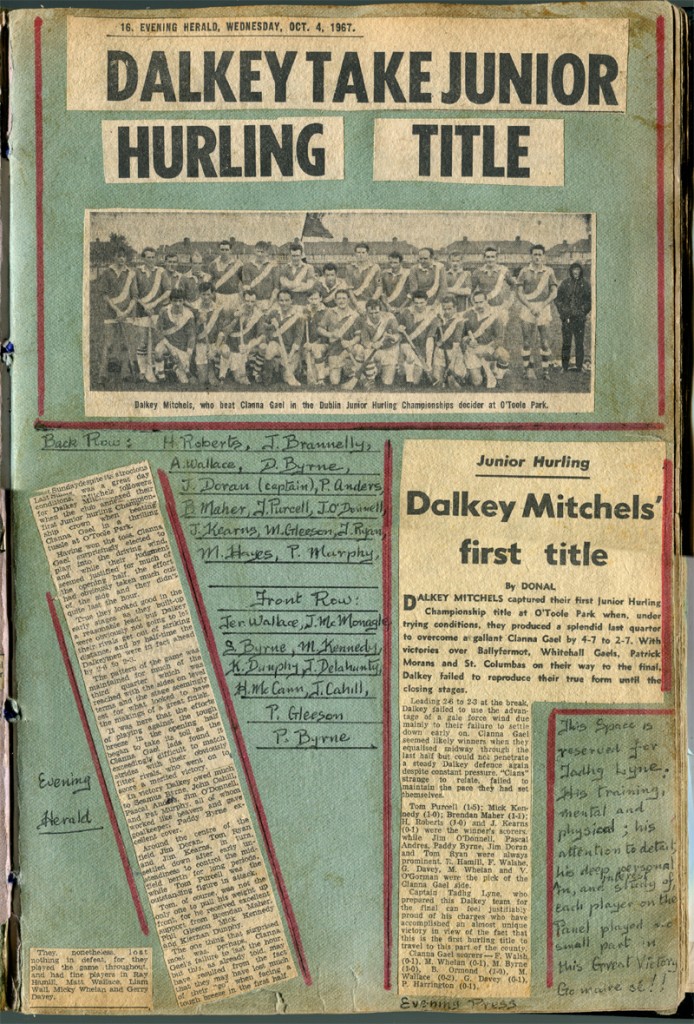 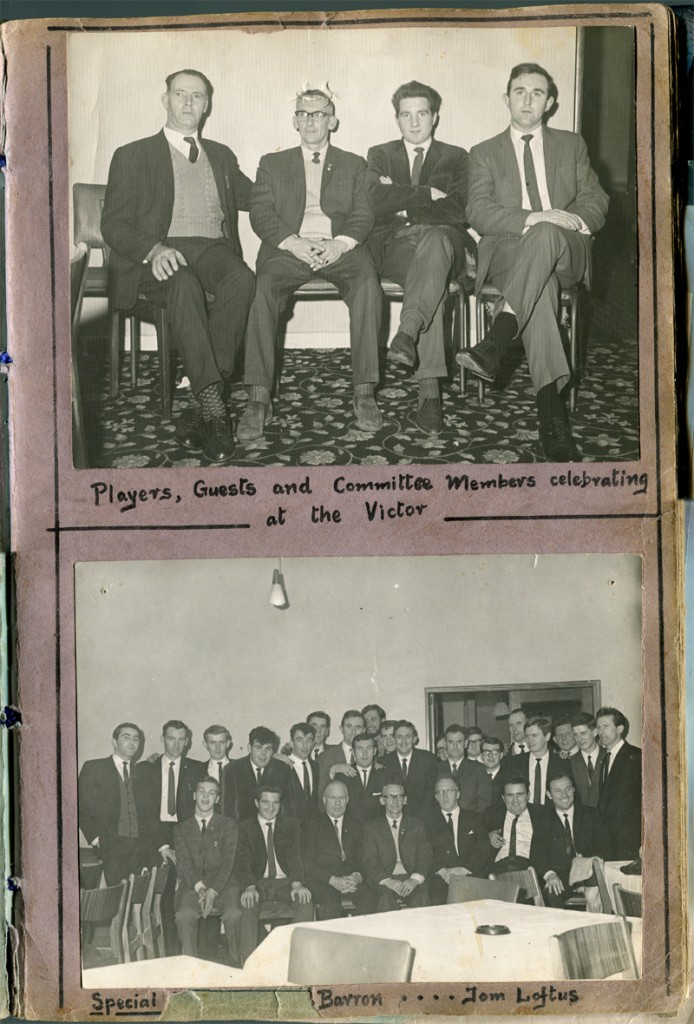 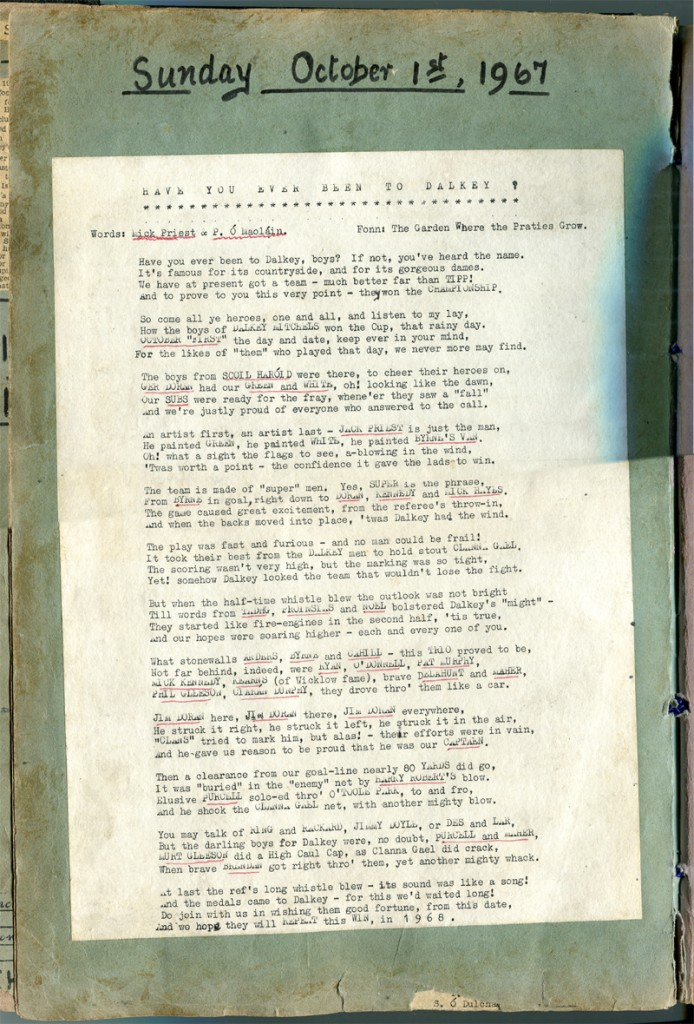