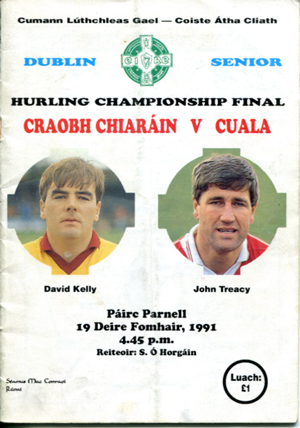 Hot on the heels of winning their first ever Senior Championship in 1989, Cuala were back in Parnell Park battling for Dublin honours against Craobh Chiaráin.  It was to be a hard battle – one that took two visits to Craobh’s back yard to decide.

We reproduce here the official Match Programme together with a Team Portrait and a match report which appeared in a subsequent National League Programme. (Thanks to Canice Dowling). 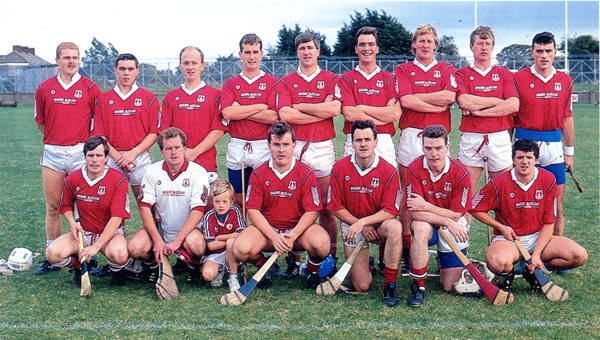 Most people leaving Parnell Park last Sunday after the Dublin County Hurling Final were wondering how on earth Cuala and Craobh Chiarain had drawn the previous weekend. For Cuala looked a different class and were worth every one of their eight points victory as they took their second title in three years. It took a last gasp point by Paul Nolan to keep Cuala’s championship hopes alive in the drawn match and they came out for the replay determined not to have it so close again. Early goals by Murty Dempsey and Dennis Byrne had Craobh Chiarain struggling and even though the Donnycarney men responded with a John Williams goal they still trailed by double figures at half-time — 2-2 to 1-1.It was all Cuala in the second half. They went straight into the attack and Maurice O’Callaghan was denied a score by a brilliant stop by Paul Gilton in the Craobh Chiarain goal. But with the pressure that Cuala were exerting a goal had to come and it duly arrived moments later when Murty Dempsey found the net for the second time in the match.The game as a contest was now over but Ciarans to their credit never stopped trying. However the major difference between this game and the drawn match was that Craobh Chiarain and Murty Ryan in particular were never able to gain the midfield dominance that they enjoyed the first day and it was a surprise to nobody when Maurice O’Callaghan added yet another goal to the Cuala tally. 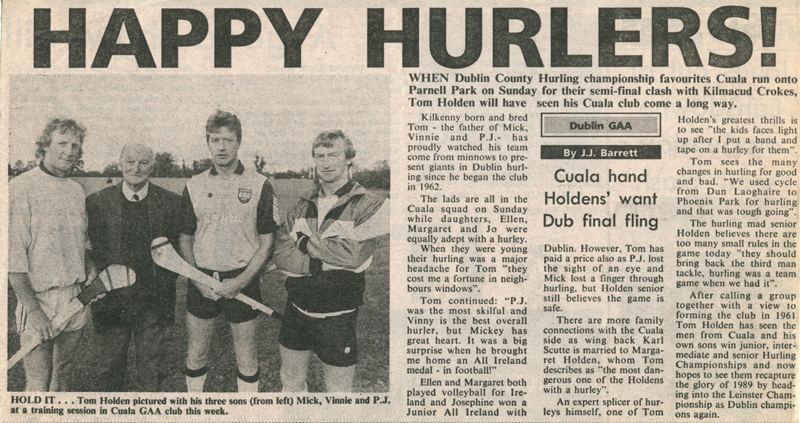 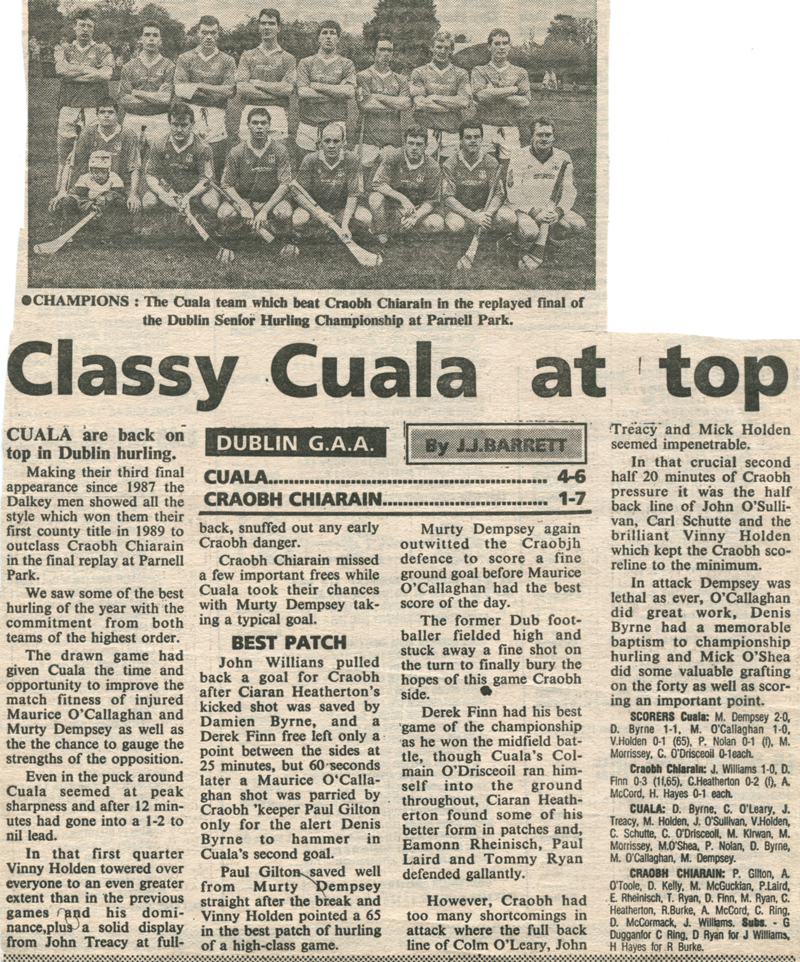 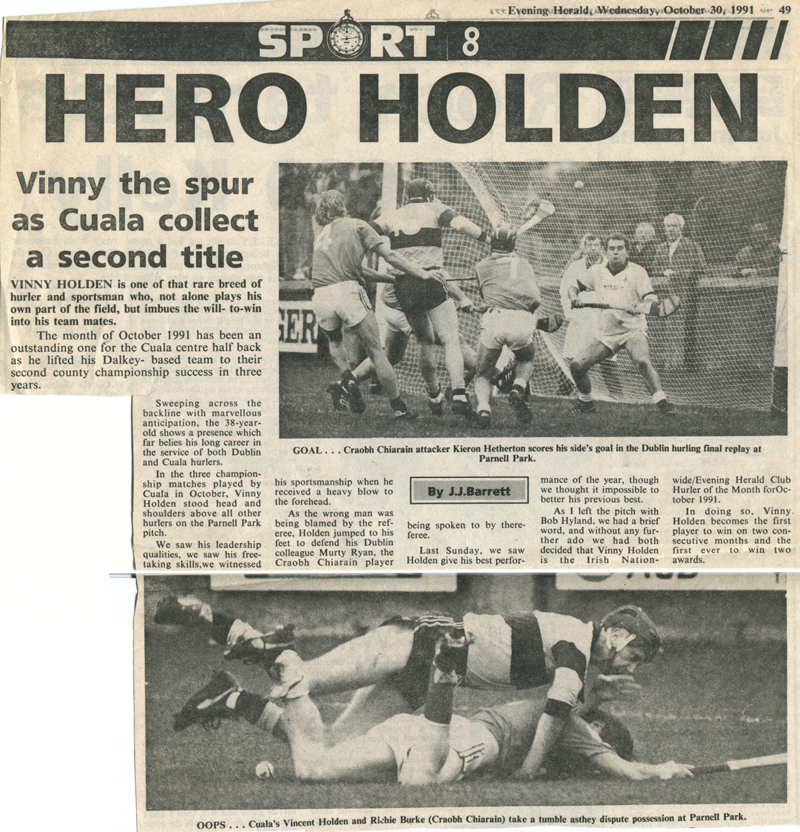 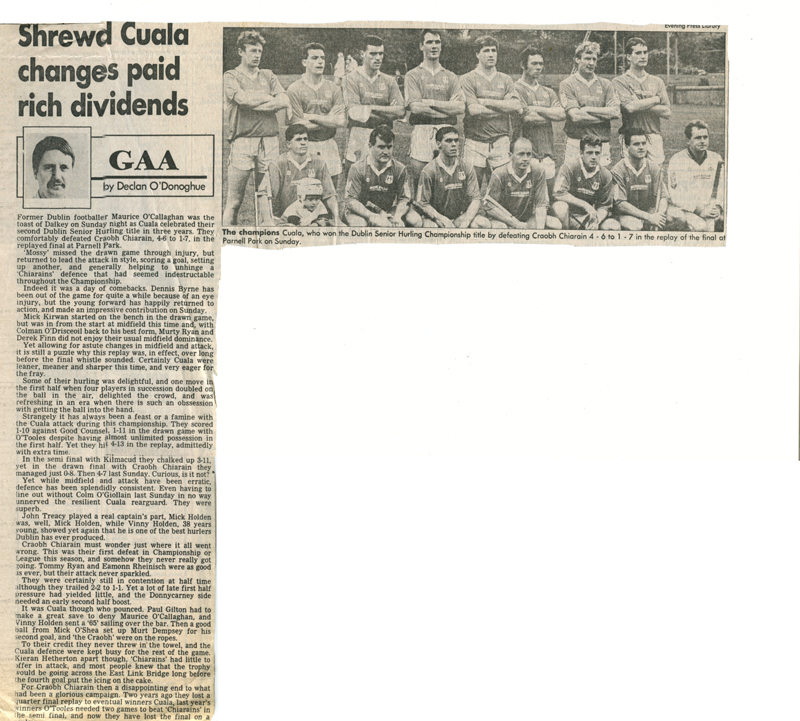 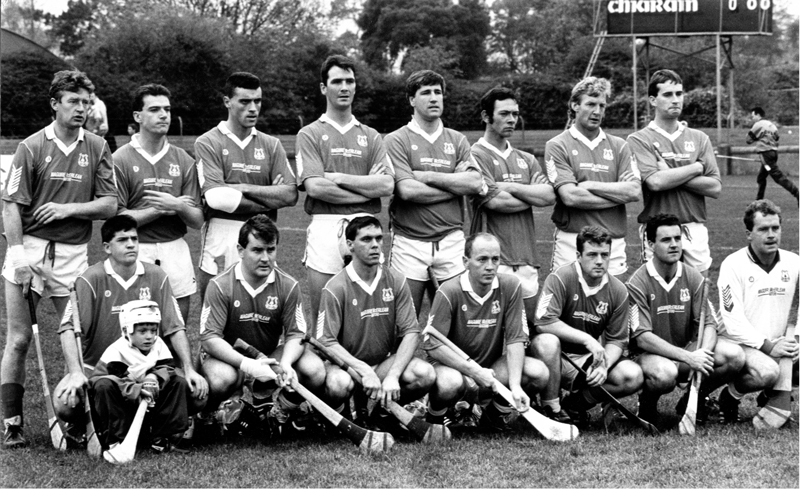