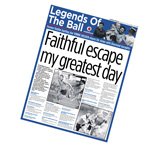 Former Dublin hurler Vinnie Holden is this week’s Legend of the Ball. The defender is regarded as one of the classiest hurlers ever to play for the Sky Blues. Along with his brothers Mick (RIP) and PJ, Holden was a Cuala stalwart, propelling the Dalkey club to a hugely successful period in the 80’s and early 90s.

GREATEST MOMENT IN A DUBLIN JERSEY?
We beat Offaly by a point in a Leinster u21 final in 1972. We were beaten off the field but somehow we got a goal in the last minute and managed to win the game.

WORST MOMENT IN A DUBLIN JERSEY?

Not getting on in the 1991 Leinster final again against Kilkenny. 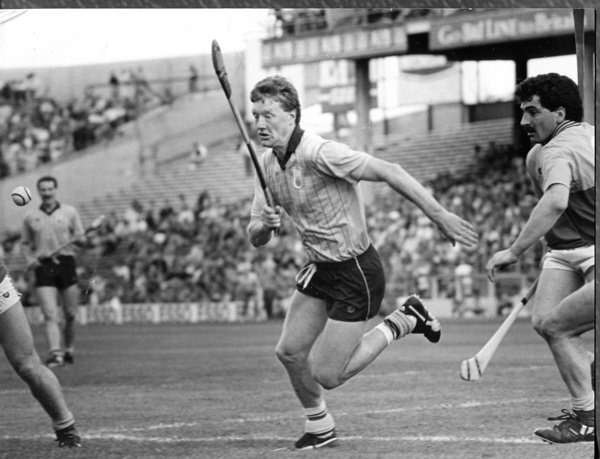 BEST CLUB MEMORY?
Winning the club championships were always great. We always seemed to win them by a point after extra-time!!

ANY REGRETS FROM YOUR CAREER?
Not a single one. 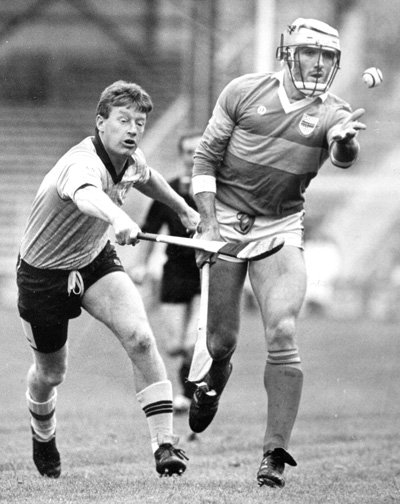 TOUGHEST OPPONENT?
I never had a handy day! The likes of Francis Loughnanne from Tipperary and Liam Fennelly from Kilkenny were a nightmare. Loughnanne was a fantastic player when Tipperary weren’t going well.

BEST PLAYER YOU PLAYED WITH?
I’d say my brother Mick was the best I played with.

IF THERE WAS A TRANSFER MARKET IN YOUR ERA?
Frank Cummins (Kilkenny), without a doubt. He won eight All-Irelands. He was a team all himself.

IS THE GAME BETTER NOW OR WHEN YOU WERE PLAYING?
The skill level has come up completely and so are the fitness levels. But I don’t know if it’s as enjoyable. There’s so much commitment now that it’s not a pastime anymore.

IF YOU COULD MAKE ONE RULE CHANGE IN HURLING, WHAT WOULD IT BE?
Throw-ins drive me mad. I don’t know how it could be eliminated. But it comes from fellas trying to roll lift it all the time and it causes a rook. If a fella played it on the ground it would keep the ball moving a lot more. Those rooks are becoming too much a feature and it makes the game stop more than it should.

PET HATES IN HURLING?
Other than the throw-ins it’s hard to upset me!

HARDEST THING ABOUT RETIREMENT?
I won my last championship when I was 41. I never really retired they just stopped ringing me!

HOW DO YOU THINK DUBLIN WILL PERFORM IN 2013?
I was hoping last year (2012) they would push on but instead they went back a lot and I would worry about whether they can kick on again or fall back into mediocrity. To be relegated, thrashed by Kilkenny and beaten by Clare was hard. I’m just concerned that they put so much effort into every game will that make them lose confidence. Having put in all that effort, will they have to drive to go again. But the bad experiences could stand to them. I definitely think they have the hurlers.

ANY ADVICE TO YOUNG PLAYERS?

I never listened to any myself! But I would just tell them to enjoy their hurling.

U14 Hurlers Secure Promotion to Div 1 With Powerful Performance vs Lucan Sa...
Scroll to top