No. That’s not a typo. Patrons of Cartlann Digiteach Cuala have often been reminded that St. Begnet’s GAA, being one of our constituent historic clubs, has always been formally embedded in the Cuala DNA. We previously reported that it was believed to have existed since 1917, but had spent several decades in the wilderness before being resurrected in the late 1950s. Now, that belief about an earlier existence can be upgraded to certainty by the discovery of news reports that record the founding of a club and its first AGM.  We even know the identities of its early players and officials and can point to their being in operation by 1916.

But there’s a catch.  The earlier team played under the title “St Benedict“. Surely they meant St. Begnet in recognition of our local patron? A newspaper typo most likely? But here’s the strange thing, the team was consistently reported both locally and in Dublin County Board proceedings as St Benedict’s.  At no time during its brief lifetime was  it ever recorded as “St Begnet’s”. How this unlikely title came to be attached to a Dalkey team remains a mystery. There’s no known local association with St Benedict or the Benedictine Order. But the journey of this early Dalkey outfit is still worth telling.

It all started in 1916 with the formation of a local committee “Dalkey Athletic Sports Committee” which had as its objective “the formation of a football club and a pipers band“. They ran several Sports Days to raise funds and in June 1917, at a meeting in the Town Hall presided over by T. W. O’Reilly, they announced they had accumulated enough fund to start the football team (but not the band). On a motion proposed by M. Harte (that’s surely Michael Harte / Micheál O hAirt, Inspector of Weights and Measures from St Patrick’s Road) and seconded by a Mr Burke (probably Edward Burke of Ardbrugh Rd.), a total of £15-5s-7d was passed on to the new club which was to be called “St Benedict”.  And that name prevailed; all their later activities were reported using their unlikely name 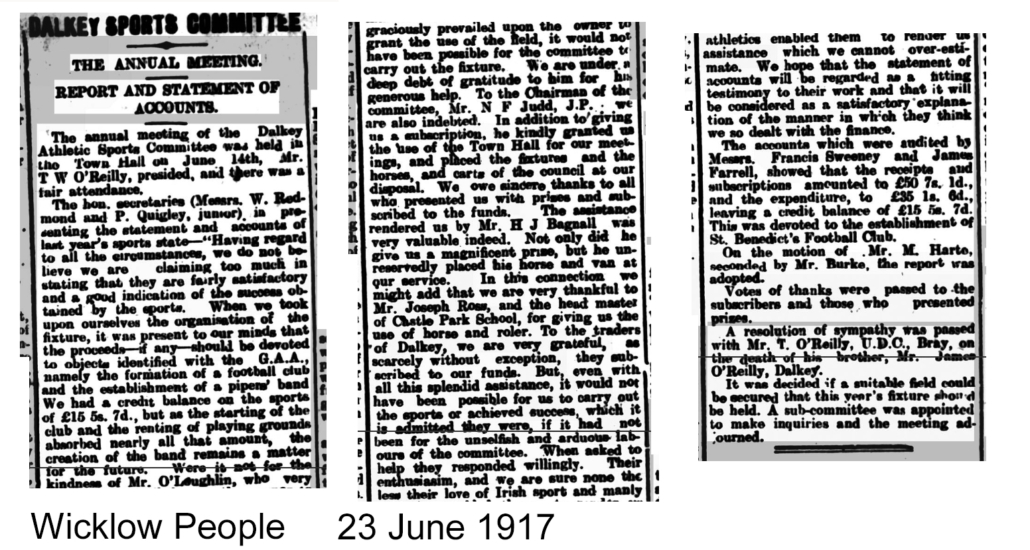 Even before the historic meeting, St. Benedicts was already up and running and playing in the Dublin Junior Football League. Between 1916 and 1917 they had fixtures against
Glasthule Mitchels, Bray Emmets, Stars of Erin and St Mary’s Saggart 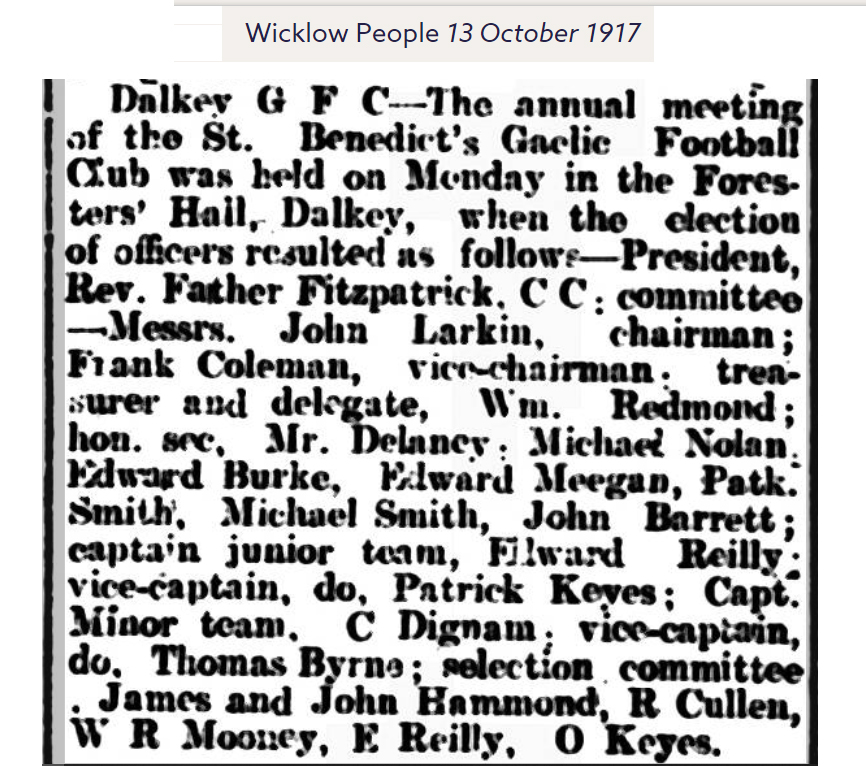 Fun Fact: More than a few of the people named here were Gardeners or “Van Men” (cab drivers); which prompted Cartlann Digiteach Cuala to inquire who was the patron saint of these occupations. Amazingly, they share the same patron – but not who you think. Their common Patron is St Fiacre.

Despite the encouraging conditions surrounding its start up, St Benedict’s appear to have quickly become unstuck.  The last sighting was in 1920  when they were scheduled to play Stars of Sallynoggin (another short-lived side). We can only speculate as to why so few clubs prevailed beyond that time. Cartlann Digiteach Cuala can only guess at the reasons which would include ongoing revolutionary activities – several of those named feature in roundups during the period (e.g. Thomas Byrne & Michael Harte was “lifted” along with Paddy D’Arcy in 1921)  and poor economic conditions leading to emigration.

Our local saint was eventually awarded recognition when “St. Begnet’s GAA” was established (for the first time) in 1956 playing both codes, changed its name to Dalkey Mitchels in 1962 and in 1974 merged with Cuala Casements so that it continues to thrive as part of the great club we all know today. 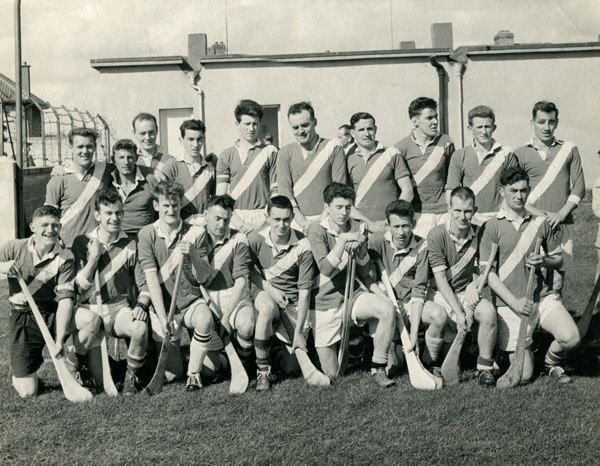