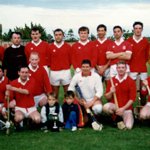 Cartlann Digiteach Cuala added to its growing archive this week – courtesy of “a certain gentleman from Ballinteer” who knows full-well this material will be appreciated by those with deep roots in the club.

Our correspondent reminded us of the days when the second string panel were promoted to Intermediate status under the management of Peter Dunne by being crowned Junior A League Champions in 1989.

The following year, they maintained that Intermediate status with some excellent wins against Ballyboden II, Kilmacud-Crokes II and St Vincents II.

In 1991, Seán Moran took over as Manager and with Sos Byrne (RIP) and Seán Lane as player/Selectors presented a formidable Management Team. A very strong panel was put together with half a dozen or so players who had won the 1989 Senior Championship and some excellent young players that included Ken Fitzgerald, Seán Connolly, Tom Byrne and Seán Enright.

We set out below some of the images and press cuttings of this remarkable side. 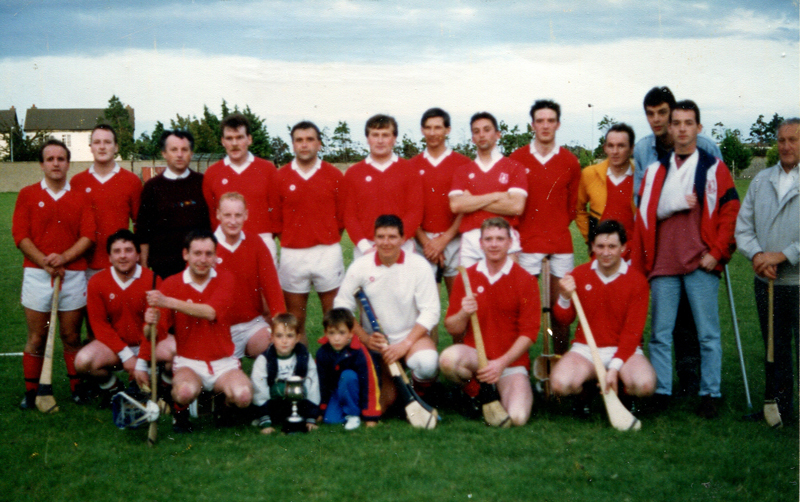 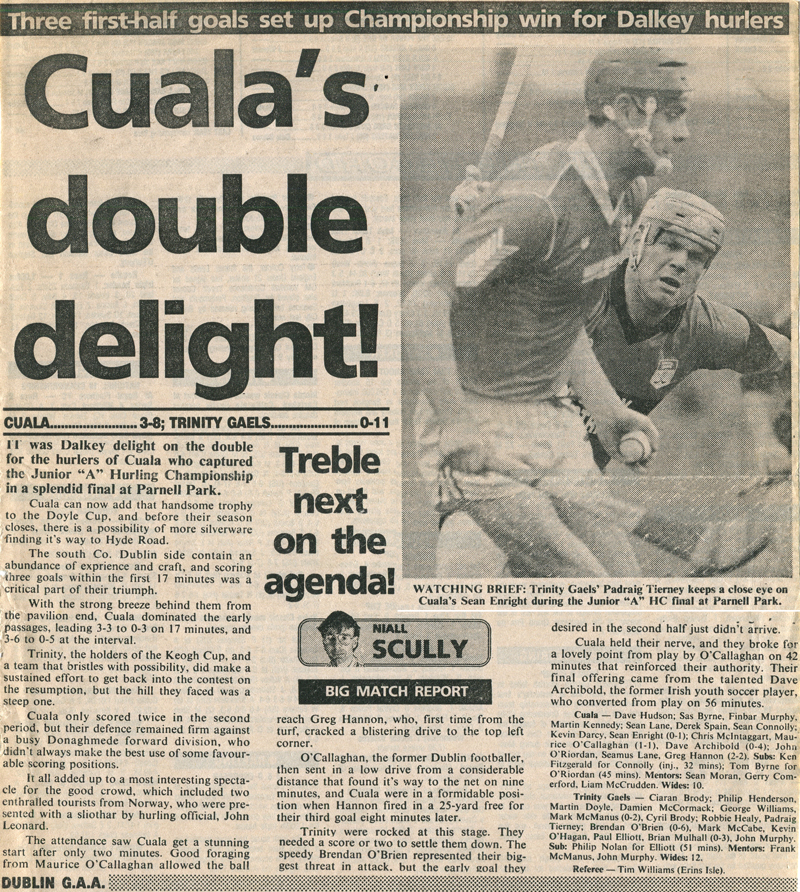 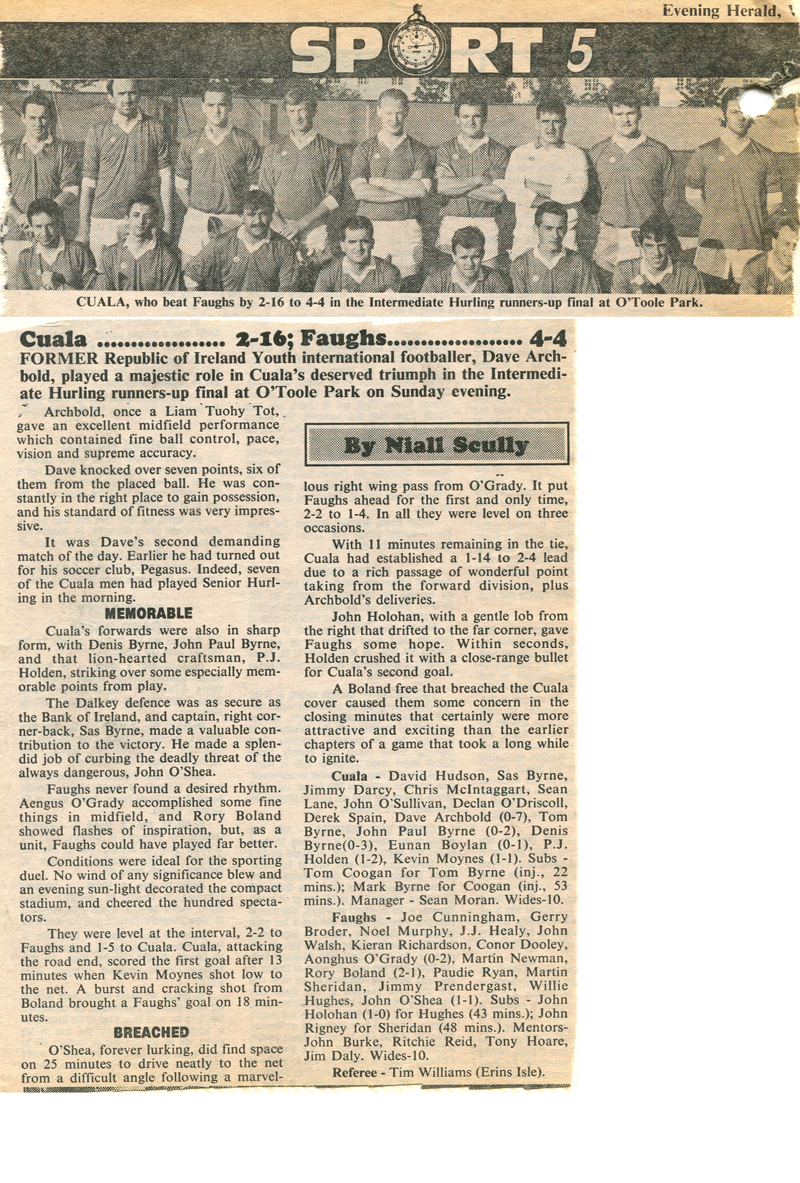 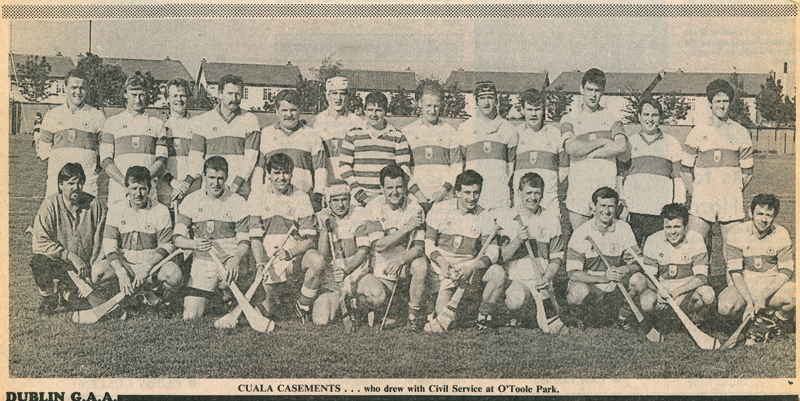 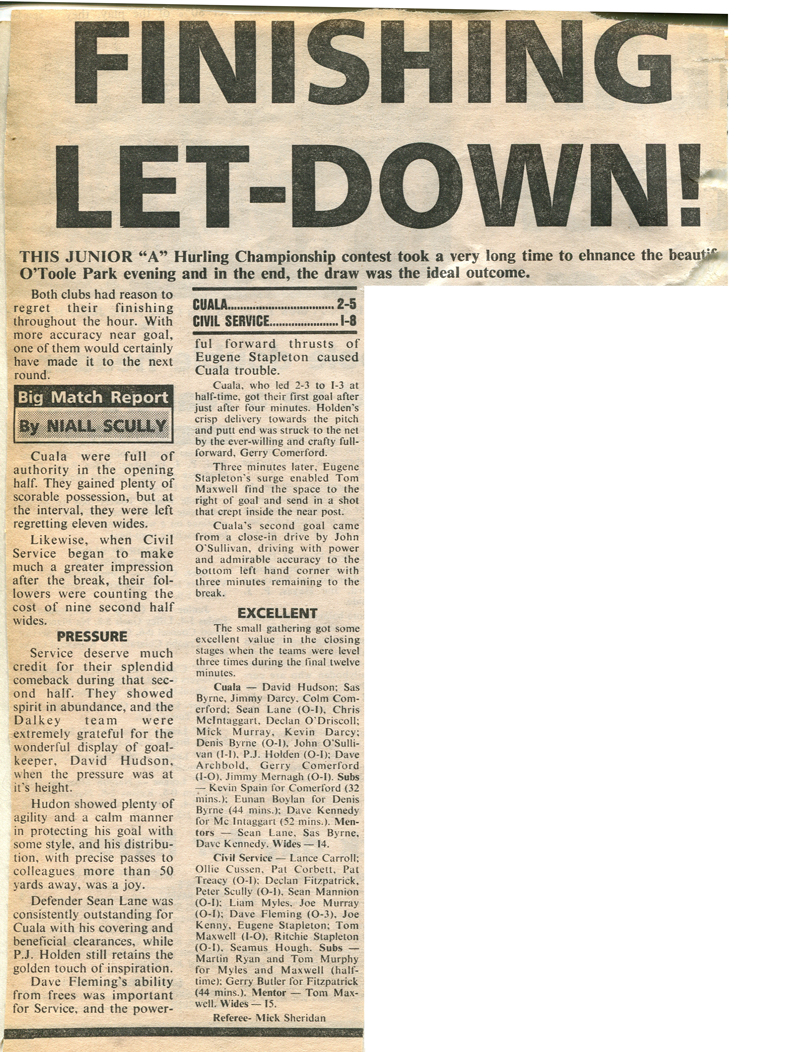