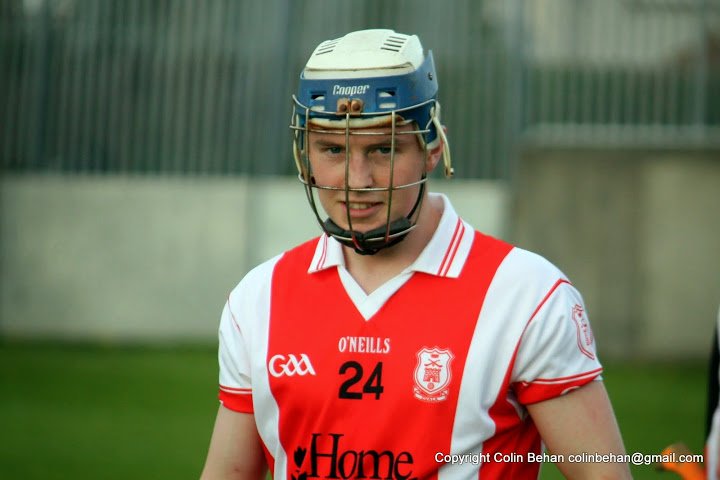 Six Cuala players aged 18 years or under were instrumental for the Senior Hurlers in overcoming a depleted Na Fianna team in this AHL1 match in St. Mobhí Road, but, perhaps surprisingly, none of them looked out of place. Na Fianna had 9 players on the Dublin Minor Hurling panel and were missing a number of regulars. Cuala were minus their Dublin contingent. However that doesn’t take from a performance where Cuala had 24 scores over the course of the game and outscored Na Fianna 10 points to 2 in final quarter with five different Cuala players troubling the score-board. On 4 minutes Breathnach set the tone for the game. He won a dirty ball, threw it to Cian Waldron who pulled clear of the defence and buried the ball to the net. On 10 minutes Kyle Braine latched onto a long pass from corner-back Cian Byrne who was making a very accomplished debut for the Seniors. He ran across the goal and deftly struck the ball passed the Na Fianna keeper. Seán Treacy was very clinical from the dead-ball and would convert 8 points over the course of the game. However Cuala had a set-back on 13 minutes. A handling error at the back led to the Fianna corner-forward flicking a pass across to the unmarked full-forward who gave O’Braináin no chance. Half-time score 2-11 to 1-8. Cuala upped the intensity after the interval and threw points over from all angles. Their passing and movement was at times sublime. Na Fianna just couldn’t stay with them and, with Seán Moran majestic in mid-field, the red-and-whites took over in the final quarter. Cian Waldron would end up with 1-4, Kyle Braine took a very creditable 1-2 over the course of the game. Cuala gave debuts to Seán Gibney, Dara Twomey and Dave Ryan at the death to give them all a taste of Senior Hurling. Final score, 2-22 to 1-11.

Footnote:  With six games played, Cuala are on 6 points and lie mid-table; St. Judes are flying high on 10 points, with Vincents, Lucan and Craobh all on 7 points.