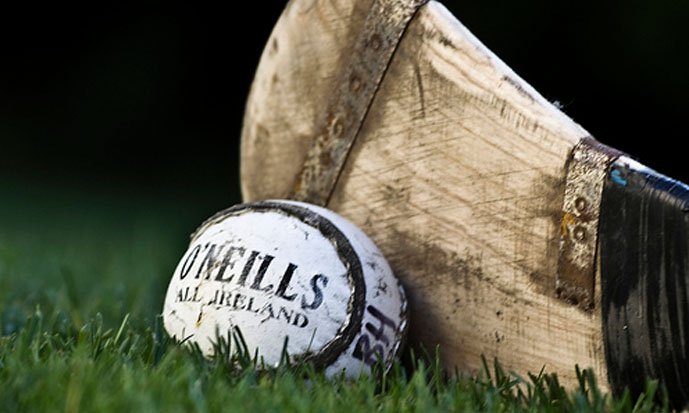 The sun shone as the Cuala girls took their first steps back into competitive adult camogie and the game couldn’t have gone much better for the team with a great result against Senior 6 team Liffey Gaels. Played in bright sunshine and very warm weather in Liffey Park Inchicore, original fears that we might struggle fielding a team over the summer between exam and holiday commitments proved totally unfounded as a squad of 24 players assembled for the game.

It wasn’t exactly ‘Fiche Bliain ag Fás’ but it was almost 10 years in the making as Cuala made the long awaited return to adult camogie last Tuesday evening with the majority of the team having come through the Cuala Academy and Juvenile Girls section of the club over the past 8 or 9 years. The team was also bolstered by a number of our ex senior players who turned back the clock pulling on a Cuala jersey for the first time in 7 years. The side was captained by former Dublin senior player and our last Cuala Adult camogie captain, Niamh O’Connor. Another clear link to Cuala’s illustrious camogie past was the presence among those watching the game of 2 other Cuala camogie stalwarts Jo Nic Uaildrich and former Dublin captain Sile Wallace who also served for more than 20 years as Ardstiúrthóir of Cumann Camógaíochta.

Perhaps it was the occasion, perhaps it was the warm weather, but both teams got off to a fairly tentative start sizing up the opposition. In the opening few minutes there were few clear cut chances but those that came were for Cuala with team captain Niamh O’Connor coming closest to opening the scoring. 8 minutes in, Cuala’s first score in adult camogie in 7 years came from a 45 and it was appropriate that it was last year’s dead ball specialist and 2013 top scorer for the Cuala minors, Katie O’Dea who had the honour. 2 minutes later Katie doubled her and Cuala’s tally with another point from a 45 and mid way through the half Cuala were 0-3 to 0-0 ahead, following another Katie O’Dea score, this time from a free. Cuala well hurling well at this stage. In defence, Mairead Kenny was back to her best at corner back not giving the Liffey Gaels corner forward a sniff of the ball while in the other corner, adult ladies football star Leonie Buckley was showing some great skill, belying the fact that she had only very recently taken up camogie and at full back Catherine Garner was as rock solid as ever. Similarly, an U16 half back line comprising Keela Sexton, Eleanor Moore and Cara O’Sullivan were well in control.

Current Dublin U16 player Blaithin Lane added another Cuala point 20 minutes in with a beautiful score from play and when her Dublin team mate Sinead Murphy added a great goal a few minutes later, Cuala were cruising, 1-4 to 0-0 ahead. Up front Staci Kennedy, Asia Kirwan and Amy Donnelly were proving a handful for the Liffey Gaels back line while Niamh O’Connor was showing great movement on and off the ball.

In the closing minutes of the half however Liffey Gaels noticeably lifted their game and they opened their tally on 26 minutes with a point. The Cuala response was immediate however with Katie O’Dea’s first point from play. The final action of the half saw a big boost for the home side who ended the first half scoring with a well taken goal from their impressive centerfield player following a powerful solo run from 40 yards out. Half time score Cuala 1-5 (08) vs. Liffey Gaels 1-1 (04).

To facilitate all players getting a game, there were wholesale changes at half time with 6 new Cuala players entering the fray.  The half started with Cuala adding 2 early points in the opening 3 minutes, the first another Katie O’Dea point from play, the second the score of the game, a great passing move involving 3 players before Juliette O’Flynn pointed from distance. As the game progressed, it seemed that the half time break had reinvigorated both teams as the tempo of the game was certainly upped with scores and chances at both ends. The Cuala defence remained solid however with Ciara Ni Dhalaigh and Aisling Ruigrok showing great tenacity in the full back line while Caitlin Byrne was making her presence felt at centre half back having moved out from goals for the second half.

5 minutes gone and a point from Liffey Gaels was followed by another 2 good Cuala scores from play, the first from Blaithin Lane, the second from Orla Quill, only hours after completing her final Leaving Cert exam. As the excitement increased Liffey Gaels added another goal to their tally 15 minutes in, bringing then to within only 3 points of Cuala. The result was now very much up for grabs and the next 10 minutes of the game were particularly well contested by both teams with a point from Blaithin Lane being the only score.

Dublin U16 camogie and football dual player Hannah O’Dea was proving a handful for Liffey Gaels around the middle while Orla Quill, Orla McMahon and Cybi Nic Gearailt continued to work hard in the forward line.

As the game moved into its closing stages the Liffey Gaels challenge slowly receded and the overall younger Cuala team took control again with a flurry of points in the closing 3 minutes, 2 from Katie O’Dea and 1 from Blaithin Lane. At the full time whistle, the final score read Cuala 1-13 (16) Liffey Gaels 2-2 (08), Cuala well worth their 8 point winning margin.

It had been an all round great team performance and among those to shine were U16 wing back Cara Sullivan, our new centerfield partnership of Juliette O’Flynn and Sinead Murphy and up front our deadly duo of Katie O’Dea and Blaithin Lane who shared 11 of our 14 scores between them.  There will be a lot tougher assignments ahead over the coming weeks but it was the ideal start to our return to adult camogie.

The evening also produced what must be a number of ‘firsts’ for the club with a number of players now having the distinction of belonging to an elite but growing group of Cuala Adult dual Camogie and Ladies Football players. 2 of the team were also daughters of players who proudly represented Cuala in our last adult camogie team of 7 years ago with Asia and Cybi following in the footsteps of Emma and Rachel respectively. With Rachel making a comeback we also nearly saw the first Cuala mother and daughter pair play on the same Cuala team only for a reoccurrence of an injury in the warm up before the game but hopefully both will be fit to play next Tuesday in what promises to be a special evening for the Fitzgerald and Byrne families.

To finish, all in all it was a great occasion but only a stepping stone for things to come for Cuala camogie, particularly with such high numbers of players coming through at juvenile level and our growing representation on Dublin county teams and development squads.

Next Tuesday evening sees our first home game and we’re hoping for a big turn out in support in Meadowvale at 7.30pm for a very tough assignment against a formidable Round Towers.