In a vintage second-half performance of style, spirit and no little skill, Cuala’s 3rd adult hurling team eventually saw off the challenge of Na Gaeil Oga in this entertaining challenge match held in wonderful hurling conditions in Shanganagh Park. The twin axis of Eoghan Dunne & Ogie Ryan were responsible for most of the damage helping themselves to a total of 3-8 between them during that period. But it was the work-rate and athleticism of the younger guys on the pitch that fed them the opportunities. Kyle Braine, Cian Byrne, Shane Bass, Conor Perry, Ciaran McDermott and Sean Drummand were the engines that made the machine work. Colman O’Drisceoil was like a spring-lamb at the back and was itching to get forward at every opportunity.  Dan Holden added to the fray when introduced early on and clipped over a trademark point. Alan McCarthy and Dylan Kennedy were the powerhouses around the middle and Oisin McCann, Shane Bass, Kev Roche and John Dillon kept order at the back. Ruairi Stanley and Ceannas Dowling shared the goal-keeping duties between them and Fintan O’Brien, (the other reserve goalie!) had an outstanding performance outfield, he converted two ‘65s and took a lovely point from play. But Cuala had to work hard in that first half. Na Gaeil Oga were much the better in the early stages and were unlucky not to register more on the score-board early on. They kept the score at a very respectable 0-9 to 1-3 at half-time before the Cuala forwards cut loose in the second period.

Next up: Cuala management will arrange one more challenge match next weekend to prepare for the first League which begins with a game against O’Tooles the following weekend.

Footnote 1: All 3rd team players are expected to train for 1 hour on Wednesday evenings in Bray Emmets to be there for 8.45pm. The skills-training is superb! With so many players now in contention, attendance at training will be a critical metric in deciding who gets the jersey next time round!

Footnote 2: Our thanks to Garrett McDermott for cleaning out the container….and finding the ‘skirts’ for the netting on the upper pitch! 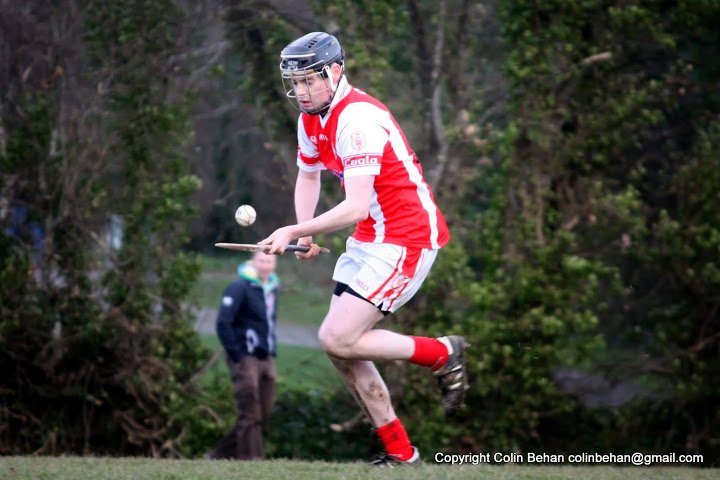