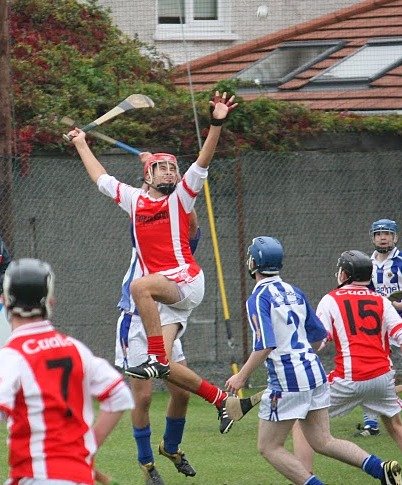 Willie Braine’s charges the Cuala U16’s (1995’s) have won the Division 1 Hurling Title with a game in hand.   They have a 100% win record.   They won the league on Saturday after beating 2nd place Ballyboden St. Enda’s by 2 points.   The U16’s now face Kilmacud Crokes next weekend in the final match of the league with the title in their back pocket.   The lads will then face Kilmacud again 2 weeks later in the 1st round of the Hurling Championship.  Photos of the match can be found in the Cuala Gallary.