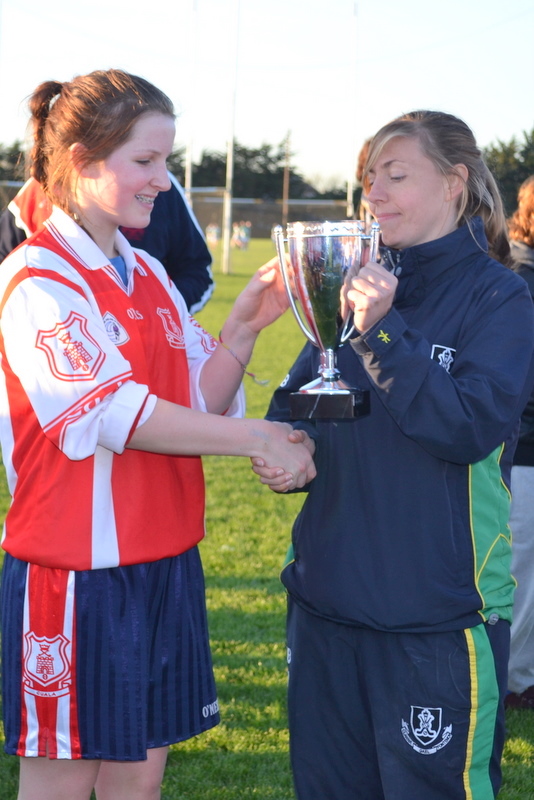 The U16 Girls Football Team played the best game of their season and probably the best game of their Cuala football careers in the Div 3 Shield Final in Ringsend on Sunday when they beat Skerries Harps 6-12 to 1-04.  This was a competitive game and the Cuala girls had to work very hard for their victory so the soreline does not do Skerries justice.  There were many occasions through out the match when Skerries threatened to score but they found it nearly impossible to get through a solid defence and when they did, Cuala’s goalkeeper Katie O’Dea was there to pull off  the saves.  When the Cuala girls when on the offensive, they nearly always came away with a score. Cuala also had a goal machine in Centre Forward Cathy Brock whose tally was 4 goals and quite a few points….  This was an all round team effort and it was a joy to watch them finally show their true potential in a final having lost 5 previous finals from U10 – U14.   The Cuala team was Orla McMahon,Staci Kennedy, Fiona Craddock, Nicole Dowdall, Cathy Brock, Caitriona Finnegan, Ruth Moran, Sorcha Clarke, Fionnuala MacMahon,Caoimhe Byrne, Jessica Tobin, Cathy Johnston, Caitlin Byrne,  Hannah Stanley, Aifric Moloney,Cliona Kelly,Cliona Cryan, Katie O’Dea, Síle Byrne  Mentors Ann Marie Kennedy, Kevin Kennedy, Aidan McMahon 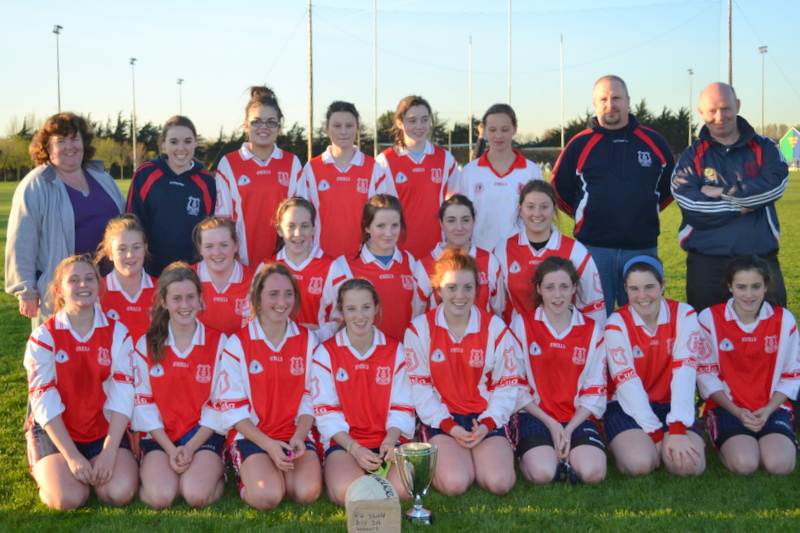 A big THANK YOU has to go to Fintan Quill and to the U15 & U14 girls teams for without their support the U16’s girls would not have been able to field this year as they only have a panel of 11 players. 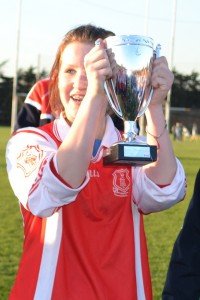 There are a few more pictures in the Gallery.

Notification of 2011 AGM
Scroll to top