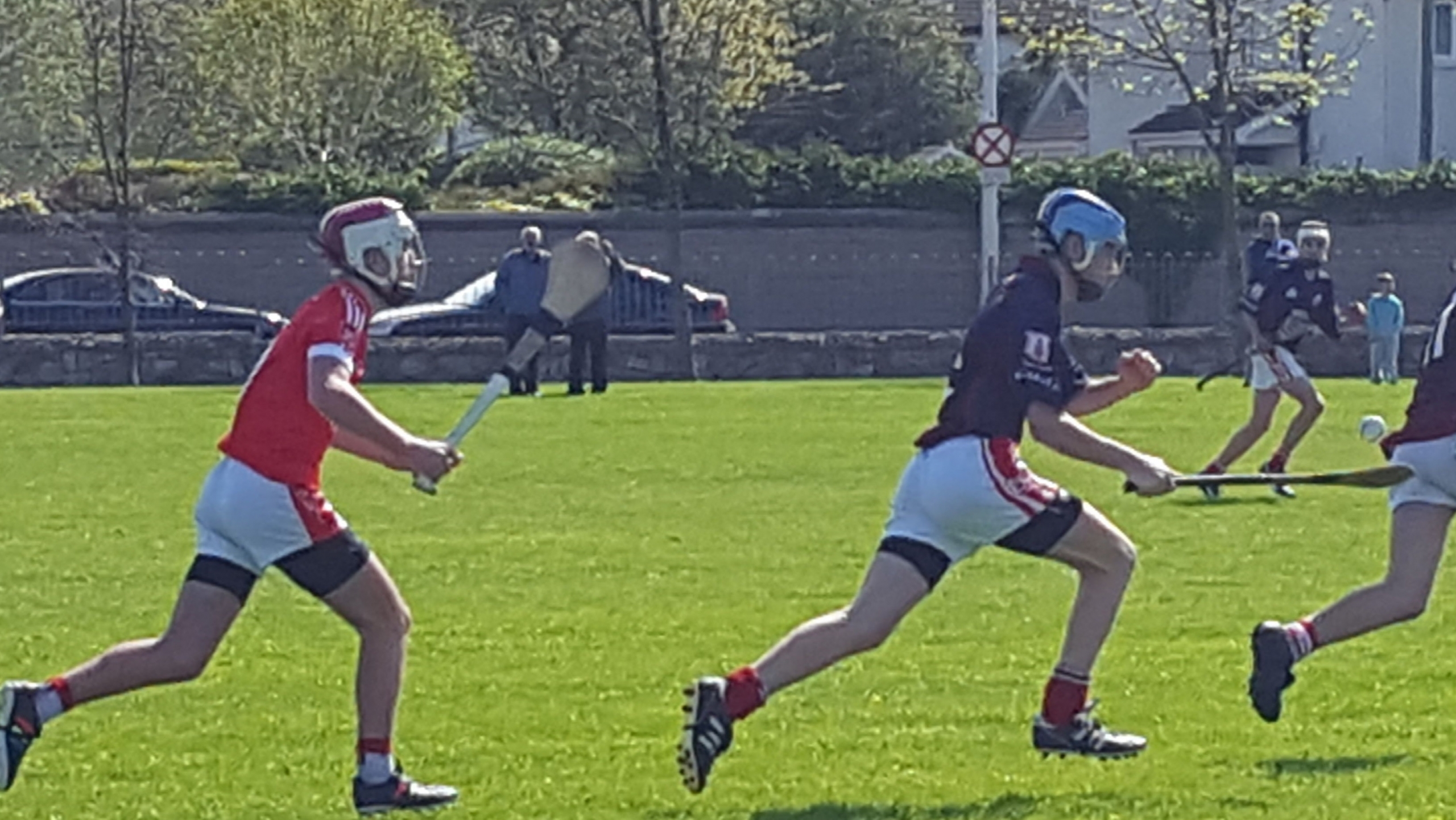 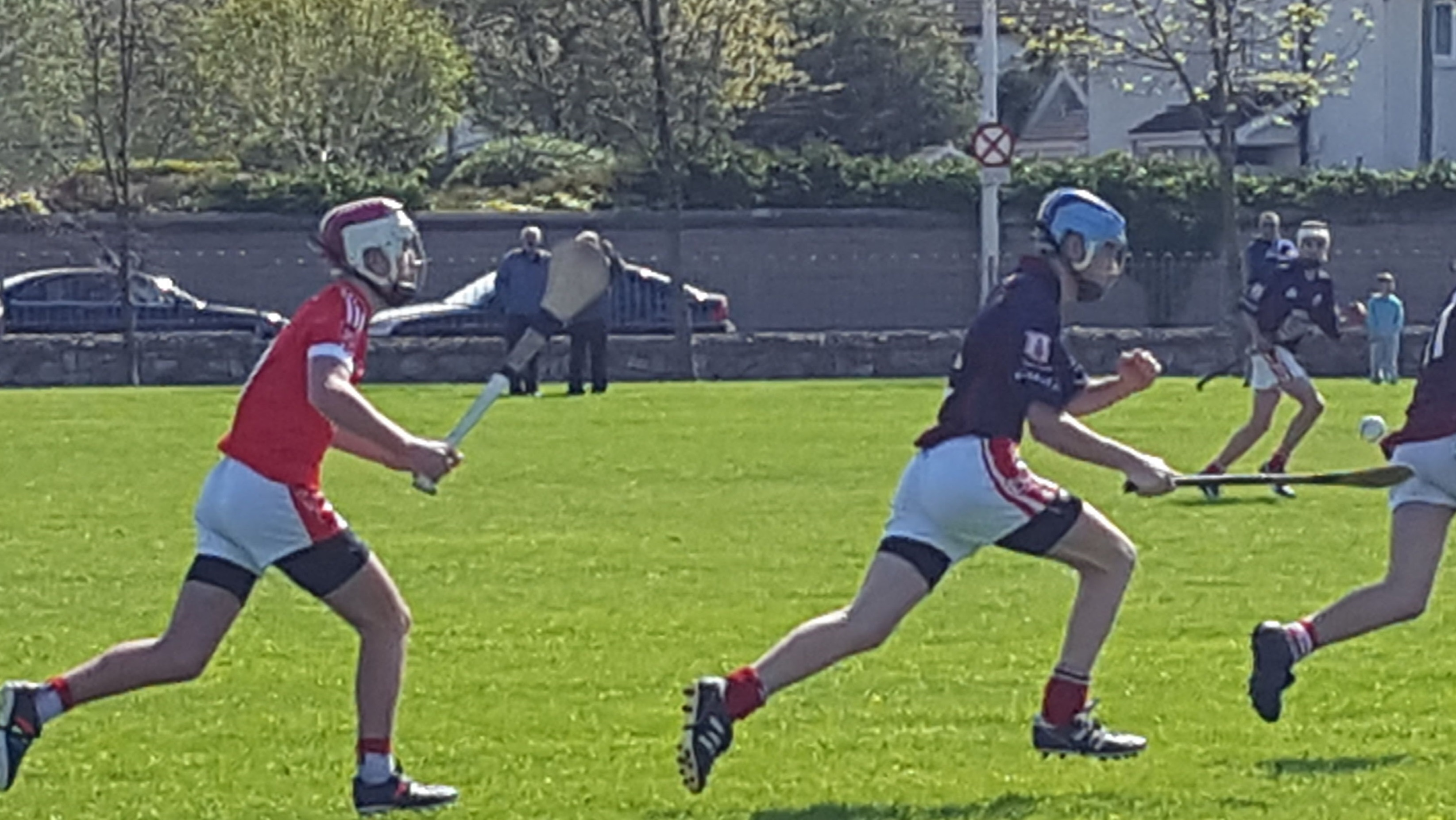 “They played like a team possessed” – that was the comment from one of the parents as they left Thomastown on a warm summer morning after a comprehensive victory over the team from Swords. Four goals in the first quarter from O’Dowd, Malone, Mooney and Dunne paved the way for a clinical performance by a Cuala team getting better with every game. It was an outstanding team performance with crisp, clever passing out of defense and a devastating performance at centre-forward by the classy Ryan Malone who scored 4-7, including one goal from a side-line cut that Joe Canning would have been proud of! Sean Mooney at full-forward also caught the eye and won the aerial battle up front. He could have bagged 4 goals but drove the ball high. James Tobin was everywhere around the middle and hovered up a lot of dirty ball early on. He took a lot of punishment as he won ball after ball and drove theml into a forward line where Seán Mooney was on top of his game, particularly in that first half. O’Coffaigh-Byrne, Grant at full-back and O’Muiri were rock solid at the back and when the Fingallian’s 12 threatened, it was Ruigrok at in nets who pulled off some wonderful reflex saves to keep the Northsiders at bay. But it was the Reds half-back line that really deserved the plaudits. O’Toole at centre-back operated like a mature senior inter-county hurler. He read the game easily, he always seemed to be in the right place and delivered ball to the forwards with cleverness and accuracy. He clocked up 4 points from play with devastating bursts through the centre. His side-kicks Quinn and O’Shea played from in front and were never beaten for pace. Both are maturing into serious hurlers. Liam Ryan swept up anything that the half-backs missed. With Ryan Malone in such devastating form it was hard for the other forwards to get near the ball at all, but O’Dowd and Hayes still managed to contribute 1-7 between them, most from play. O’Dowd had one of the moves of the day as he took on the Fingallians entire full-back line down the right hand wing. His attempt at a point was only denied by the thickness of the upright. O’Braonáin and Dunne were never far off Mooney’s shoulder and scored 1-1 between them. Cooney and Kenny added fire power as the big men tired in the second half. The Fingallian’s manager was shocked at the fire-power on display from this Cuala outfit and was very complementary in his address to the team. Next up: Ballyboden away on Thursday 4th May in Cherryfield. It should be a real cracker!

U15B Hurlers make it a full house & acquire a notable scalp along the way.

Four wins out of four and joint top of the League, not a bad mid-year report card – but if you add in the notable scalp of St. Vincents away, that takes some beating.

Cuala were magnificent from start to finish. They dominated the first half, taking an early lead with two goals early on: Conall Ó Drisceoil dropping a goal in from a free and Cian Sinclair with a cracker from play. More points came from Conall and Cian as well as from Peter Keane and Jack Nugent who repeatedly ran at the heart of the Vincents defense. But Vincent’s to their credit never gave up the fight. They responded and gave chase – three goals scored by the Blues in rapid succession early in the second half saw them narrow the gap to just the single point. It was a fascinating contest for those on the line as the Northsiders climbed their way back into the contest. But Cuala rose to the challenge and upped it a gear. With only minutes to go and the two sides neck and neck Cuala’s determination and refusal to give up got them another goal and they tagged on a further four points as Vinnies tired. Even the backs got their names on the score sheet with long-range points from Mikey Mahon and Alex McEvoy as well as more points from Peter Keane, Jack Nugent, Conall Ó Drisceoil and Cian Sinclair, Cian giving a man-of-the-match performance scoring from seemingly impossibly narrow angles and adding further to his tally of two goals. After a tense and very exciting battle with Vincent’s challenging all the way, Cuala won out in the end to take victory by three points. This was a wonderful team display with every player giving his all and playing like his life depended on winning the next ball. There are better days to come!

Cuala lie second in the League to Bray Emmets who have a better score difference to Cuala.

Next up: 15Bs take on near-neighbours Ballyboden St. Endas on 4th May in Thomastown 19:30