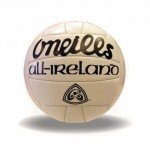 The U15A ‘Lions’ Footballers roared into life against previously unbeaten Ballymun on the All Weather at Kickham Park on Sunday.

Cuala travelled with a stronger panel than has been available this year and the strength in depth from the bench told in a see saw battle that edged one way then the other before Cuala closed out with two points to win by the minimum margin.

The game started well with Jack Hartnett and Thomas McCarthy establishing a dominance in midfield that allowed Mark Tracey on the right and Stephen McDonnell on the left to probe the Ballymun back line with some strong runs.  Lorcan McGrath started for the first time at centre forward and was a good pivot through which the Cuala attacks came wave after wave.  James Murphy and Ryan Di Felice were buzzing in the corners and Joseph Mahony was a strong target on the edge of the square.

Early scores were wiped out by a Ballymun goal but theirs is a team that always goes for the jugular and Daniel Johnson at full back and Cormac Quinn in goals were well on top of any situation that did emerge.

Fionn O’Drisceoil defended the centre and forced any attacks to the wings where Diarmait Maas and Cathal O’Floinn were quick to turn defence into attack.  Perhaps the point of the game came with O’Drisceoil feeding O’Floinn who had a quick interchange of passes with Hartnett that set him up to pop the ball over from 30 yards out.

Cuala exploded to life in the final ten minutes of the half.  A seemingly perfect goal after the Ballymun keeper had pushed a free onto the crossbar but then couldn’t save a second time was ruled out for a square ball but that set a fuse which resulted in not one but two goals buried by Mahony after strong runs from Murphy and then Tracey tore through the Kickhams line.

It meant a five point cushion at half time but an ankle injury to Tracey in setting up the goal meant a reshuffle was needed. Ruari Frankling made his seasonal bow with Di Felice dropping to the half line and Conor Newman coming in to add guile to the corner.

Ballymun had Green Flags on their mind but Mikey Power and Charlie Crown were well up to the task.  Two goals though did put the game on a knife edge and it needed a touch of class from Fergus O’Rourke, to edge the lads into a two point lead as the clock ticked down.  Tiernan Dunne came on to steady the ship at the back but disaster struck two minutes from time when a speculative ball fell to the full forward who buried the ball from six yards out.

This is not a team to lie down though and the ball was worked up cleverly through Fionn Myers to set up Ryan Di Felice for the equaliser and then Murphy to pop the winner after some brilliant ball winning at full forward from Mahony.

The lads rightly celebrated at the end, it was a great finish to a week that started with many of them having toppled Na Fianna in hurling the previous Sunday and the season now holds plenty of promise for this great bunch of lads.