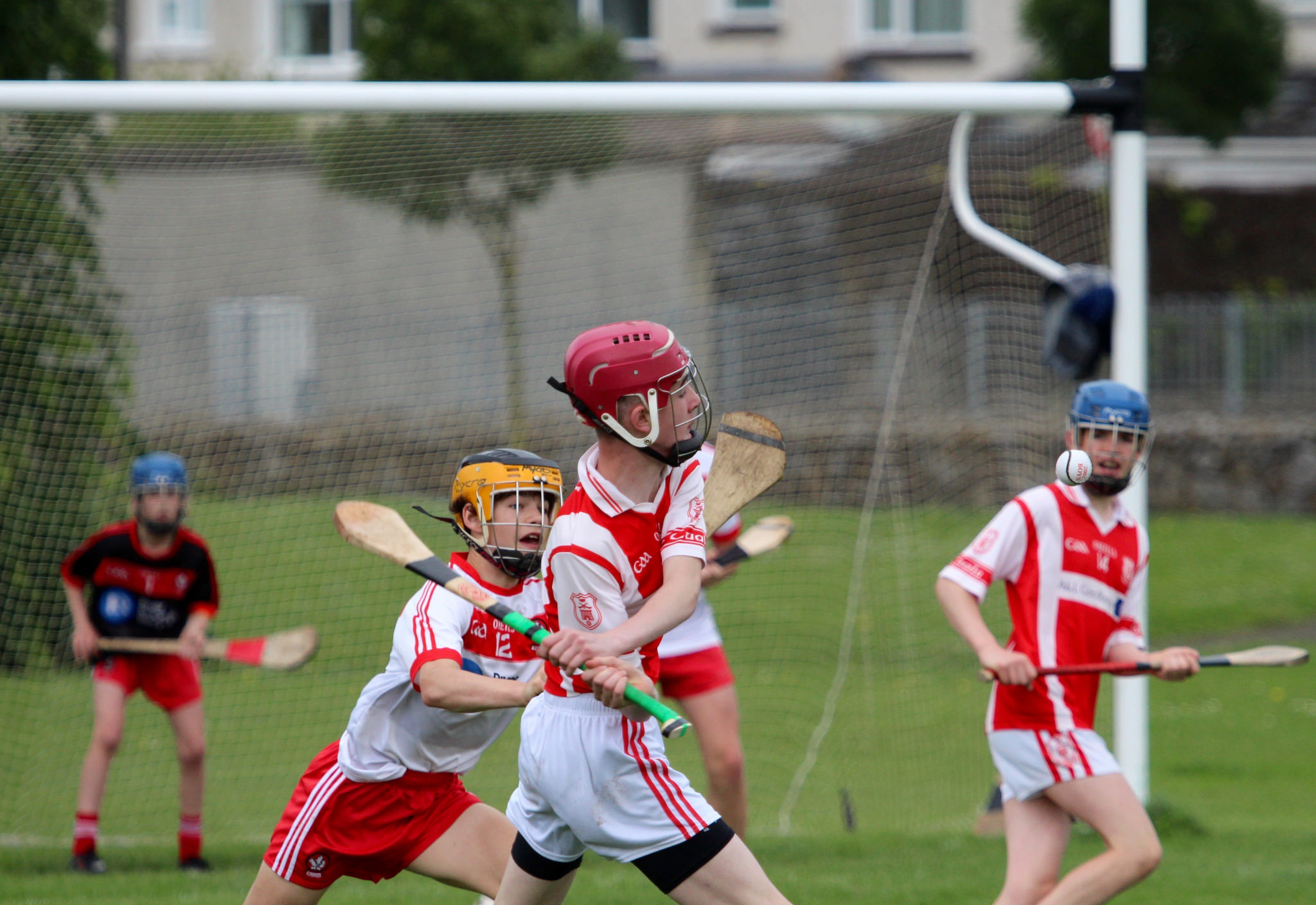 The bus was late. A puncture on the way to Thomastown would delay the match. Referee Finbar Gaffney would have time for a coffee and a scone on his way out from Na Fianna. The Oak Leaf County were coming to town to watch Derry overcome Armagh and win their latest Nicky Rackard final. Cuala’s Waldron brothers were playing for Derry. Dublin giants David Treacy, Oisin Gough and Darragh O’Connell were waiting in Thomastown to greet the Derry lads. The Cuala silverware was on display – hard-won cups and medals from Dublin, from Leinster and from a first ever all-Ireland hurling championship won by a Dublin club. Cathaoirleach Adrian Dunne welcomed the Derry players and managers onto the pitch. Photos were taken, questions asked and answered and the hurling began. The Cuala hurlers were quicker off the mark and clipped over a number of fine long-range points on a strong breeze. Cuala were physically bigger and stronger than their Northern counterparts and won a lot of possession around mid-field. Derry broke away and 13 clipped a beauty off his right, Cuala responded with a point from O’Dowd. However the pressure from Cuala was relentless and the Derry keeper was working overtime. Soon the dam would burst. Cuala would take the honours and the Derry boys were taken up to the Graduate Pub for some grub then a race off to Croker for a 3pm start. The Cuala lads went back to their books! A great day out for both sides. That’s what the GAA is all about!

Check out the Match Photos by John McEvoy HERE