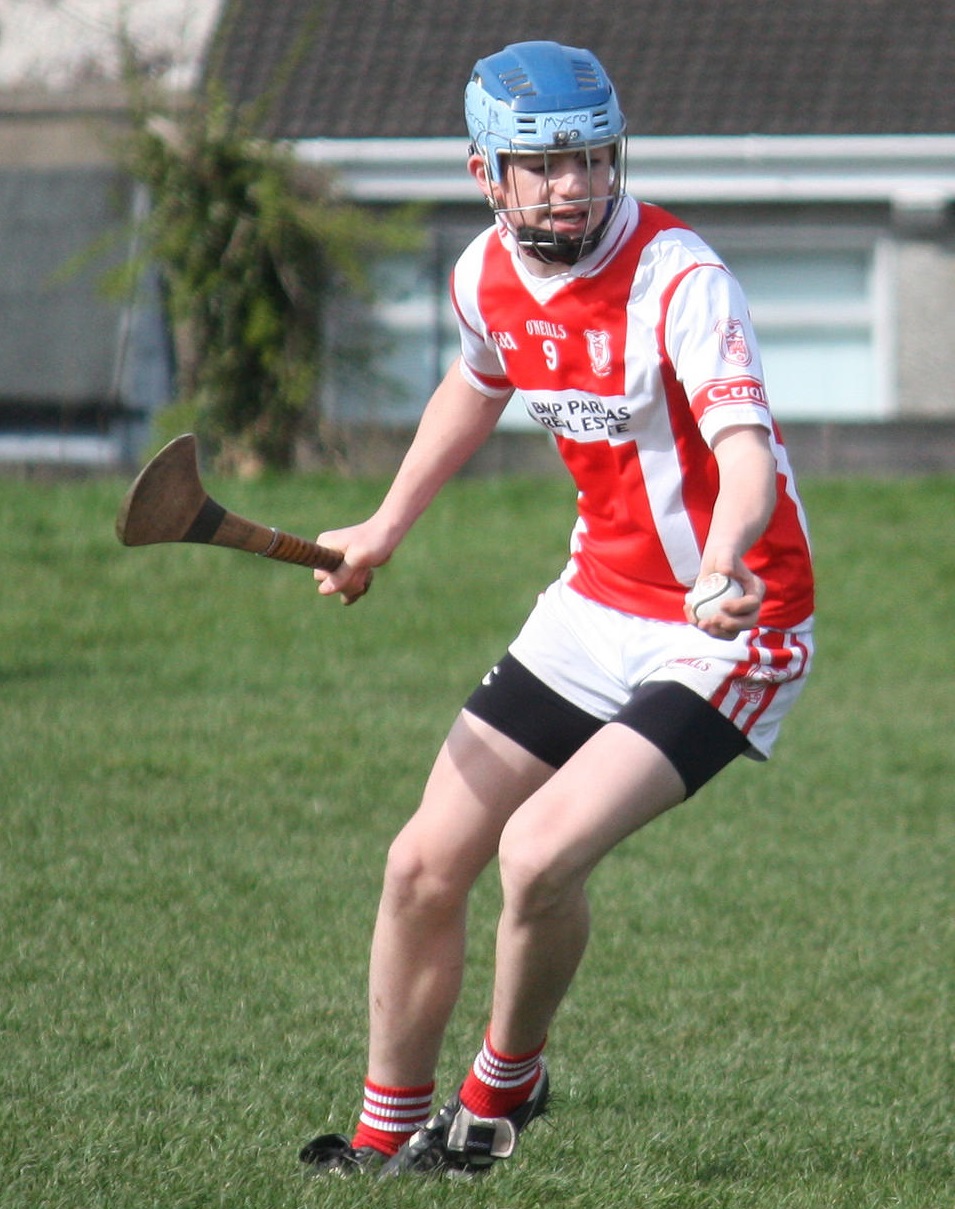 What a difference a week makes! 15 players flying high against Fingallians, with free-scoring forwards, movement, pace and brilliant passing. Brought down to earth with a bump against a resilient Ballyboden St. Endas outfit that suffocated the game and left the Reds fighting for breath! A short, tight pitch more suited to growing cabbages, and a summer gale didn’t help. Boden had a game plan – hook, block and hassle, win the ‘dirty-ball’ and strangle our better players. 14 wides from Cuala and a blue-and-white keeper cut from the cloth of Maguire, Dooley, Lambert and McGarry didn’t help matters. He would make four critical saves over the hour!

Cuala, with the breeze at their backs, took too long to settle and frittered away the first quarter, down 0-1 to 0-2 with a strong wind. Malone at 11 was double marked and couldn’t buy a run on goal. Ruigrok in nets was sending exocet missiles into the forward line but not much was happening. Eventually a break! A good goal from Mooney on the corner of the square after 16 minutes settled things for the Dalkeymen, and a second from Hayes 5 minutes later put Cuala in the driving seat 2-2 to 0-3 points. But the wind was strong. Cuala needed to make hay and Boden gradually began to strangle possession. Nine wides, left and right didn’t help matters. But the pressure in possession was severe. There was no room to swing, no time to think. Division 1 is a far more difficult animal to Division 2. The rarefied air means you need to move the ball quickly. Cuala were caught in possession and paid the price. Out wide, O’Dowd scored a beauty off his left, 3-3 to 0-5. It might be enough turning into the wind. But frustration was everywhere. Boden have grown up in this type of heat, but the Reds are learning fast. In the final 10 minutes of the half, tempers flared, Cuala conceded frees. Boden closed in on Malone and O’Toole like killer whales. It was like a McGregor fight around the middle. A last-minute goal from a mistake at the back gave them hope, 3-3 to 1-8 at the break. Cuala needed a good start to the second half and Hayes supplied it. He hit a tidy point off a clever pass from Malone. But four more frees from the ever-accurate Boden full-forward, levelled the scores coming into the final quarter. Cuala got through for goal twice and hammered away at the Boden defence, but their keeper kept his house in order and wouldn’t be beaten again. Boden clicked over the points as the game opened up. 8 and 9 in mid-field were scoring from distance as the breeze strengthened and Cuala were struggling to move the ball forward. O’Braonain would hit two more frees but Boden hit 8 points on the run-in. Final score saw Cuala defeated 3-08 to 1-23. Need to win the remaining games to qualify for the top-four. Best for Cuala were Grant, O’Coffaigh-Byrne, O’Shea, Ryan and Carey at the back, O’Braonain, O’Dowd and Tobin up front.