CUALA AROUND THE WORLD

Our Cuala Women’s section and Adult football partners Amgen recorded a special St Patrick’s Day message which they showed to their global audience and we were happy to share here with Cuala players starring on the small screen with their thoughts on why playing for the club was special to them.  Well done Conor and Róisín for leading the way.  We have a second edition that we will share next week as well explaining our games to a global audience…

?? Sun @ 10.30 Adult Men’s First Footballers are in AFL 1 action away to Ballymun Kickhams

?? Sun @ 10.30 Our Senior Camógs are in action in a Senior 2 Cup Match at Meadowvale against Naomh Mearnóg

??Sun @ 3.00 Adult men’s Fourth Footballers are home in Shanganagh (not Hyde) against Olaf’s in AFL 9.

* as always your support is needed for all teams *

In Underage action, our Féile footballers have matches at home against Thomas Ashe (C’s) at 10-30 and Fingal Ravens (A’s) at 12 noon while the B’s are on the road to Erin Go Bragh.

There are games at Thomastown for our U13 Boys and at Shanganagh for our U16 Boys both with 1-30 throw-ins.

Our U19 Hurlers have a D1 game at home to Na Fianna in Shanganagh at 11 on Sunday, while our D3 players are away to the same opponents at the same time.
CUALA STARS IN DUBLIN BLUE

Congratulations to  Charlie McMorrow of the 2005 boys,  on being selected on the Dublin Minor football panel for their opening football championship match this Saturday versus Louth. His skills and commitment to training over the past number of months and years have paid off. We wish him well for Saturday’s game which is in Louth at Stabannon Parnells GAA club 12.00 pm throw-in.

Jess, Jennifer and Martha are in the starting 15 for Saturday’s Lidl Ladies Football National League game in Clones with Rachel, Sinead and Grainne on the bench.  The game throws-in at 1 PM and will be covered live on TG4.

You can buy tickets at this link

Fitzy is expected to be in the starting 15 for Dublin’s must-win game against Donegal in the Allianz Football league on Sunday.  The Dublin Camógs are also in action on the same bill.

You can buy tickets at this link 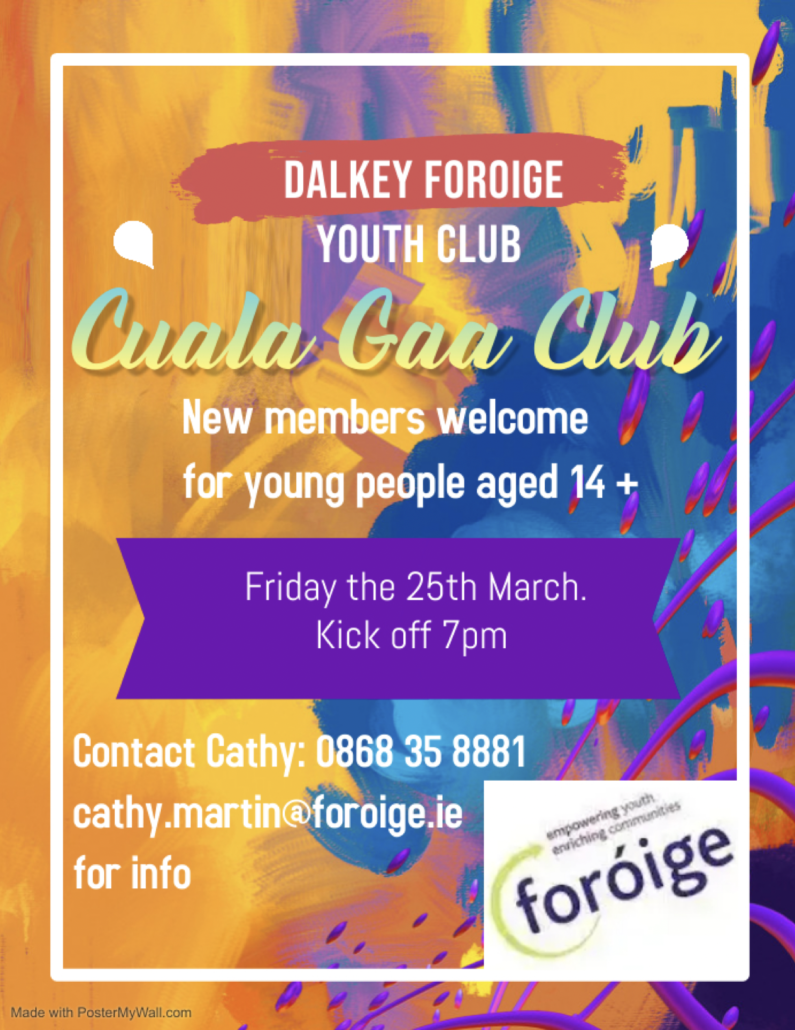 Stars of the Stage

Both teams placed extremely well, with the quiz team finishing 2nd (55 out of 60 correct answers) and the dancers finishing 3rd behind some very experienced competition.

As Covid had prevented the previous Scór competitions from running, this year’s competitions were held at short notice and we are very thankful for the 2006 boys (Quiz team) and 2012 Girls (Dance team) for representing us in the county final.

With this experience under our belt and much more lead-in time to the Scór Sinsir (September 2022) and next year’s Scór na nÓg, we hope to see more teams putting themselves forward for what is always a great fun competition.

Cuala had a great win over St. Brigids in their 2nd League match of the season. Played in Bray in wet and windy conditions, Cuala showed early on that they were determined to get a result from this game.

Playing against the wind they stuck to their task with clinical finishing and high work rate. Managed by Dan Holden, Stephen Butler and Damian (Dayo) Byrne whose fingerprints were all over this team, the lads chased down every ball and put some brilliant passes together.

Keeping the scoreboard ticking over were Aodhan Inglis, Naoise Waldron and Jack Phelan. While at the back Darragh Clancy, Adam Sheeran, Liam Ryan and Aonghus Maloney keep a tight reign on the defence. At half time the score was Cuala 0.15 St Brigids 0. 05.

At the start of the 2nd half, St. Brigids came at us with everything, but our defence stood firm. With some great saves from the young Fintan O’Brien in the goals and some hard work from our midfield pair of Brian Barry, Daniel Drummond and assisted by Jack Behan, Cuala began to take control once again.

A goal at either end kept the game alive but with the introduction of the Cuala young guns (Conor Lowry, Padge Hogan, Conal O’Drisceoil, Tiernan Shaffrey and Dylan Kennedy) Cuala saw out the game 1.28 to St. Brigids 1.08.

Cuala’s work rate and finishing was the backbone of this victory and with a song from Scanno a contented team left Bray with a job well done.