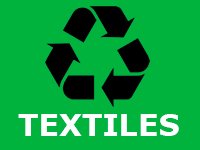 The 2001 girls are kicking off their Féile 2015 fundraising campaign with a textile recycling drive on Saturday 27th September.

As you are all well aware the Féile campaigns are a huge drain on the resources of the group involved.  With that in mind the group are hoping for support from across the club.  They aren’t asking for cash, just for old ‘stuff’.

This is a great opportunity to de-clutter your house after the summer holidays and get rid of any old textiles, mobile phones, laptops and books while supporting the Juvenile Girls 2001s.

Textiles should be bagged in black bin bags and include:

Books will also be accepted but need to be bagged separately.

All brands of mobile phones and laptops (intact with lead) are accepted and should be handed in separately.

WHERE TO DROP OFF:

Beside the dressing rooms at the pitches in Meadowvale and the Cuala Club House, Hyde Road

Saturday 27th September anytime between 12 noon and 2pm (the truck is collecting at 2pm).