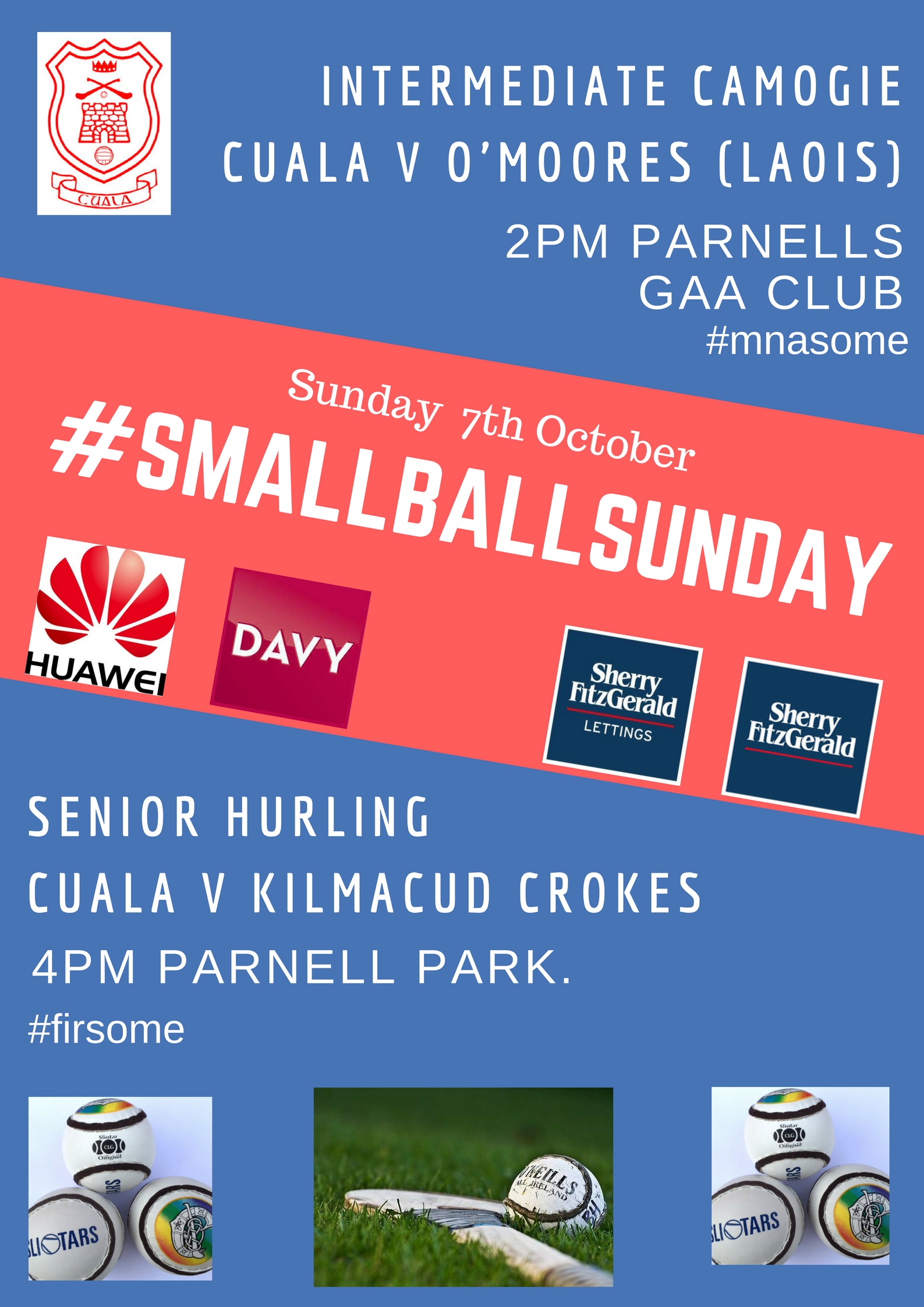 Sunday October 7th promises to be #mnásome agus #firsome as we look forward to a super #SmallBallSunday.
First up is our Junior Camogie team who play the last of their group championship games against Brigids in Meadowvale at 10.15am.
Second up our Junior B Hurlers play Craobh Chiarain in Shanganagh Park in their Championship Semi Final.
Third up it’s the turn of our newly crowned Dublin Intermediate Camogie Champions who play their first round match in the Leinster Championship against O’Moores of Laois at 2pm in Parnells GAA Club
Then at 3pm our Junior E Hurlers face Na Fianna in Mobhi Road in their Championship Semi Final.
Finally it’s over to Parnell Park to view the Senior hurlers play Kilmacud Crokes in the semi final of the Dublin Senior Hurling Championship.
This is indeed a #SmallBallSunday for Cuala so get out and support the teams. 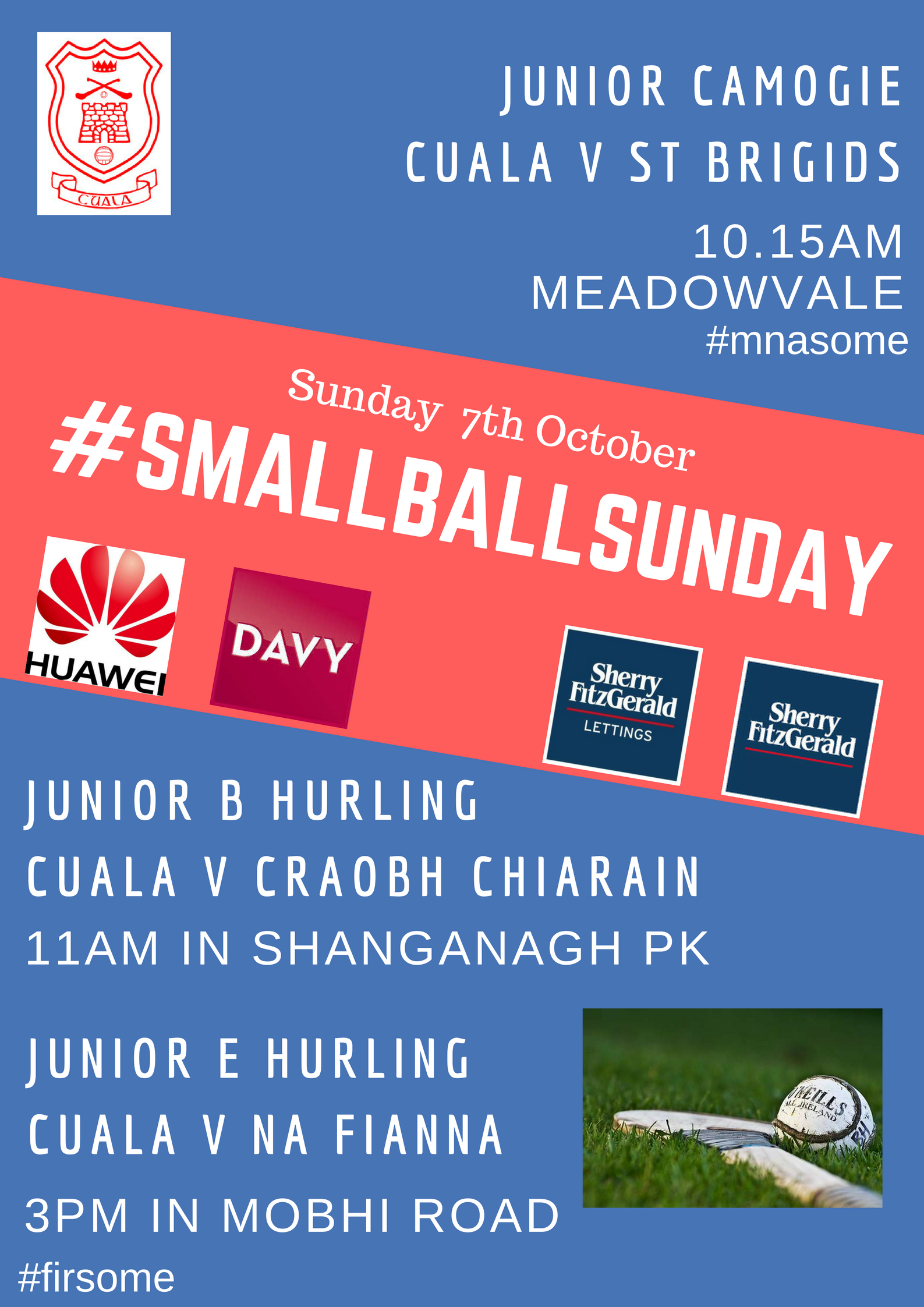