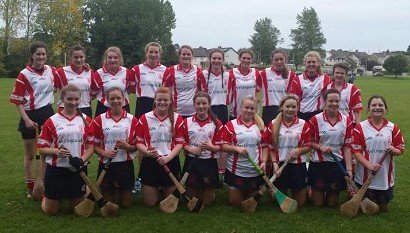 It promises to be an epic weekend of camogie action for Cuala teams with no less than three finals to be played…. 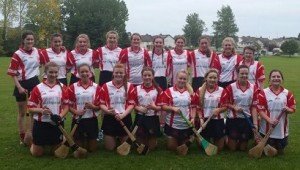 Following an epic 1-point win over St Brigids in their semi final last Sunday in front of a big home crowd in Meadow Vale, our adult  camogie team play in the Division 5 championship final on Sunday against Whitehall at 4pm in Cloghran.
The adult Camogie squad would really appreciate strong support
from across the club – its the first year playing at this level since Cuala returned to the adult ranks and making it to the final is a great achievement in itself for the girls, particularly given the fact that most of the squad are still minor.
On Sunday morning our Under 13 Camogie team play Castleknock in the Dublin Div 2 Championship Final in the 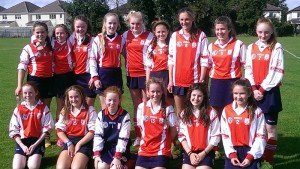 Garda Grounds in the Phoenix Park at 11am whilst at the same time in Meadow Vale our Under 15 Camogie team play in the Dublin Div 2 Shield Final against Raheny.
Good luck to all squads in these finals – these final appearances are a great reflection on the hard work being put in across the club in promoting and developing Camogie.
14/10/2015/by Cionnait
https://cualagaa.ie/wp-content/uploads/camogie-sinsireach.jpg 233 410 Cionnait https://cualagaa.ie/wp-content/uploads/Asset-2xxxhdpi-1-1030x202-1-300x59.png Cionnait2015-10-14 22:45:522015-10-14 23:24:29Super Camogie finals Sunday
Cuala Senior Hurlers defeat Ballyboden to reach SHC County Final