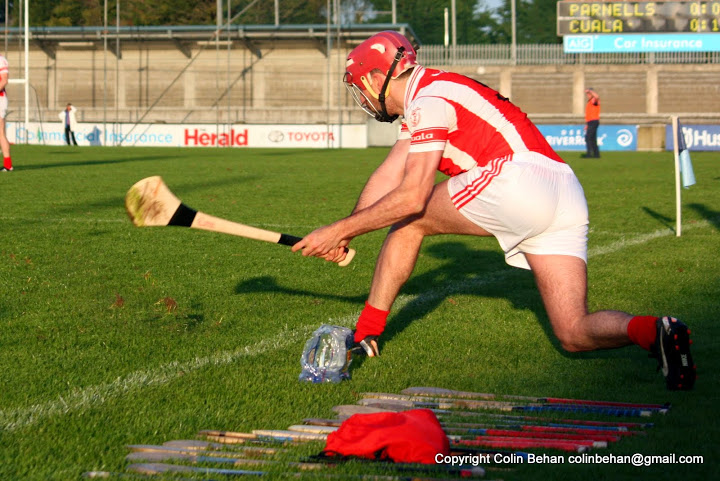 A Connolly side-line cut one minute and ten seconds into injury time was all that separated Cuala and Parnells in this enthralling contest on a perfect evening for hurling in ParnellPark. It was a piece of sublime hurling artistry that will live long in the memory, and lit up the night for the Cuala contingent in the crowd.

Parnells were well prepared and came with a huge determination and team spirit that Cuala found difficult to deal with. Early in the game, long deliveries onto their two wing-half-forwards were causing the Cuala defense some concern. Cian O’Callaghan and Paul Schutte eventually got to grips with their taller opponents and the full-back line was well on top throughout. Cuala dropped David Treacy back into the mid-field area but, in those early stages, both himself and Seán Treacy spent a lot of time helping out their defense. As a result ball into the Cuala forwards was sporadic and Mark Schutte and Cian Waldron up front were starved of possession. As the game progressed though, Cuala began to get on top and started to punch holes in the Parnells armoury. Cuala’s half-forwards, Paul Butler, Colm Sheanan and Colm Cronin started to get onto more ball. 20 minutes into the game, Butler was put through on goal by a Mark Schutte pass but shrewdly took his point when perhaps a goal was on. Late points from David Treacy and Barry Connolly helped Cuala to a 0-10 to 0-7 interval advantage.

In the second period, Cuala upped the ante and Seán Treacy and Barry Connolly worked their socks off around mid-field. The supply of ball into the Cuala forwards increased and Paul Butler and Colm Cronin began to make hay. Mark Schutte was finding space on the left and took a fine score off a glorious Seán Treacy cross-field pass. Brother Paul wasn’t to be outdone. He latched onto a loose ball and soloed 30m down the centre before splitting the posts with a fine score at the Church end. Kyle Braine was brought into the attack and flicked a reverse pass to Butler who was steaming through the middle. His shot for goal was deflected and Connolly converted the ensuing ’65. The gap was widening, but last year’s SHC “B” Champions would not lie down. Parnell’s best player AndrewShore converted two frees and Hurley’s lobbed effort just dropped over the bar. The game was turning in the Coolock direction. Shore hit a rasper from 25m. The shot was stopped by full-backs Rob Reid and Simon Timlin but unfortunately the ball deflected in front of Thomas Kelly who made no mistake from 2m out.  Parnells were back in the game. A Cuala short-puck out went astray and Mac Mahon landed another point into the golf-course to level the game as time was running out. O’Braonáin quickly grabbed the sliothar and hit his long puck-out over to the stand side. The ball was deflected out for a side-line to Cuala. Time was up. The referee took a look at his watch, he decided that this would be the last puck of the game. Connolly stepped up, struck the line-ball high into the night sky, the Cuala crowd cheered, the white flag was raised and the referee called a halt to proceedings. What a finish!

Footnote 1:  Older members might recall the last time Cuala played in a match at senior level against Parnells. It was in the Senior Football Championship Final in 1988 where a disputed Brian Talty goal won the game for the Northsiders!

Footnote 2: Despite having a nine point lead in the early stages, St. Vincents were hauled back and eventually were happy to settle for a draw with Craobh Chiarán in the same venue last night. Both teams are in the same Championship group as Cuala.

Next Up: Second round of the Senior Hurling Championship against St. Vincents in two weeks time. 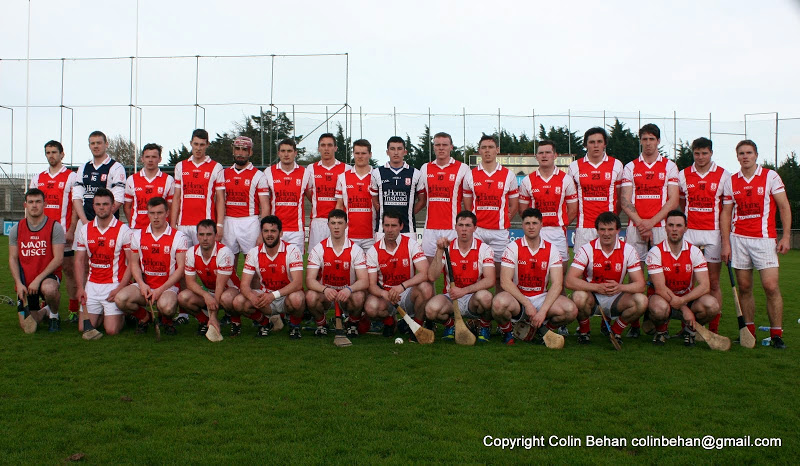