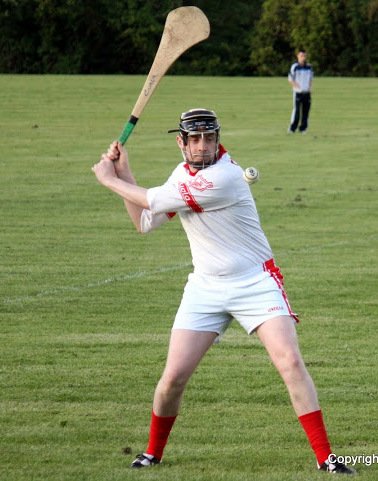 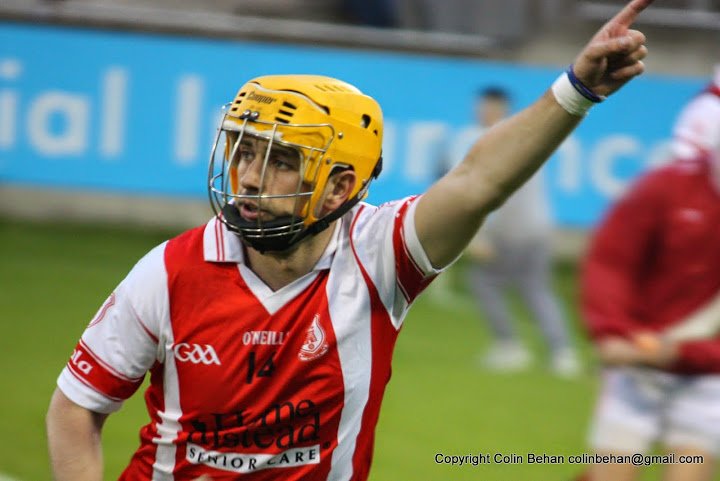 Cuala’s Senior hurlers succumbed to a superior O’Tooles team in this AHL1 game in wet, slippery conditions in Blunden   Drive. Net-minder Stephen Butler gave a solid, accomplished performance in nets saving a penalty and showing assured handling while under pressure. Cian Waldron at full-forward showed some wonderful touches, and took two sweet points in the first half while under extreme pressure from the Larriers defence. Barry Connolly hardly missed a free from the dead-ball, but generally the Cuala performance was lack-lustre with the O’Tooles team looking more interested in winning the 50:50 ball and distributing the ball cleverly to better placed players. Selector John-Paul Byrne summed up the game “We were a bit flat throughout. We were missing 15 regulars and then suddenly, within 5 minutes of the start, we lost another two. It’s very difficult to maintain any team momentum when you are down that many players. It felt like we were running on empty today”.

O’Tooles started the better and within five minutes, with Cuala’s Rob Reid and Adam Hudson already sidelined through injury, they were up by 4. A Barry Connolly free, two long-range beauties from Cian Waldron and an Eoghan Breathnach strike from out on the right started the fight-back, but frees conceded from anywhere were clinically punishingly by the O’Toole’s mid-fielder. Two more Connolly frees brought the deficit back to the minimum and, with ten to go in the half, it looked like Cuala would push on. But three more unanswered frees conceded by the Cuala defence sent the teams in at the break on a score-line of 0-7 to 0-11 in favour of the Northsiders.

The re-start didn’t improve things for Cuala who were finding it difficult to deal with the short-passing style of the O’Tooles team. Within a minute, Dave Donovan saw an incident in the Cuala square and opened his arms wide to signify a penalty. He adjudged one of the Cuala defenders to have had his arm around the neck of an opponent. The penalty was bounced in front of the goal but Stephen Butler responded brilliantly, actually caught the sliothar and cleared his lines. But O’Tooles were not flustered by the miss and with their two mid-fielders and left-half forward dominating around the middle, they clipped on 5 more points. Seán Moran and Connolly responded for Cuala but the gap was getting wider.  With 12 minutes left on the clock, Cuala were down 0-11 to 0-17. Waldron was moved to the half-forward line but the Larriers backs were smelling a victory and blocked and harried the Cuala attackers. Quick thinking after a disputed side-line on the O’Tooles line gave them another point which Scott O’Brien responded to with one of his own. With time ebbing away, Cuala started to think about goals and balls began to be dropped in short. This was not too clever an option with a keeper of the calibre of Brendan McLoughlin in nets! The hugely experienced ex-Dublin keeper returned five or six of these with interest and dealt comfortably with anything that was thrown at him. O’Tooles scored four more points towards the finish with a solitary reply from Jack Phelan who took a tidy point from a really tight angle out on the right. Final score as the teams went in out of the rain, 0-13 to 0-21 in favour of O’Tooles.

Footnote:  With seven games played in AHL1, Cuala are on 6 points and lie mid-table; St. Judes are flying high on 10 points.

Next Up: Saturday 19th July at home to Craobh Chiaráin, 18:30 ShanganaghPark.