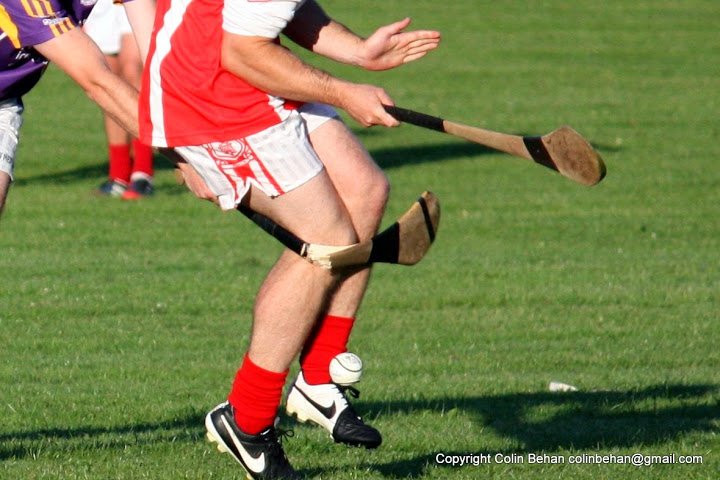 Another powerful team display from Cuala’s 2nd Adult hurling team guaranteed them top position in Group 1 of the Junior ‘A’ Championship round-robin. Cuala have a very potent mix of strength down the middle interlaced with tidy, neat hurlers on the wings, backed up by a very solid goalkeeper. Eoghan Breathnach and Scott O’Brien were immense around the middle, Eoin Brennan at full-back was rock-solid, but it was Stephen Butler in nets that pulled the strings. His distribution of the ball was clever and effective and he opened up the Crokes defence with a number of puck-outs to send Cuala on their way. Man-of-the-match Justin Byrne is only a first-year Minor, but his 5 points were like daggers to the heart of the Kilmacud defence. He buzzed around looking for break-ball and his short strike style meant he never got hooked. Cillian Sheanan is a similar style of player and he took 4 points of his own from play. But the heavy lifting was coming from Breathnach at centre-forward. Crokes could not come to terms with his strength, and when he was taking a rest, Scott O’Brien and Jake Malone tore down the centre and distributed ball left and right. But Crokes were not here just to make up the numbers, and they had serious performers at 14, 11 and 10. The first half was nip-and-tuck until the 29th minute when the Crokes full-forward took the first goal of the game. Breathnach responded immediately with his second from play to leave the minimum between the sides, 0-9 to 1-7 at the break.

The first 10 minutes of the second half saw similar tit-for-tat scores with Malone taking one following a trademark solo run, David Ryan and Cillian Sheanan sniping in for two more. These were interspersed by two from the Crokes left-half forward who would take 7 points on the night, 4 off frees. The next 5 minutes won the game for Cuala. Breathnach could not be controlled at centre-forward. On a fine individual purple-patch, he took three points from play, one after the other, and his general distribution was excellent throughout. The best move of the game on 42 minutes resulted in a goal for Big Andy Murphy. Breathnach was placed with a low puck-out from Butler down the centre. He drew the cover, threw the ball to Seán Magee on the left who opened up the defence, a deft pass to Dara Twomey in the left-corner put Twomey clear on goal. But as the keeper came to close him, he saw Murphy free in front of goal and unselfishly threw a perfect pass across. Murphy could have ‘headed’ the ball into the empty net. O’Brien and Byrne took two more and Crokes were two goals down with 15 to play. But they were not ready to give up. The tempo increased and tempers began to fray. A yellow was flashed at the Crokes centre-field as he wrapped a hurl around Scott O’Brien’s knee. He didn’t flinch. The Crokes 11 came through the defence and buried one past Butler with ten to go. Cuala responded with Magee and Malone stretching the lead again. In a sweet move down the right wing, the Crokes 10 was put clear 7m out but his ground-stroke trickled agonizingly wide of the right upright with Butler out-field. Twomey hit one in reply. But Cuala’s defenders were under sustained pressure now, and an accidental trip resulted in a 25m free dead straight in front of the goal. The keeper was dragged up from the back and duly dispatched the ball to the Cuala net to put the minimum between the sides with 30secs on the clock. Crokes won the puck-out and drilled the ball up-field. The next possession was vital. Left-half back Mattie Higgins got out in front of his man, kicked the ball away and diverted the danger. Crokes hadn’t the time to respond and the referee blew it up on a final score of 1-22 to 3-15.

Footnote: Cuala have won all four of their Championship Group games and are on top of Group 1 with 8 points. Crokes and Trinity Gaels are second on 4 points each. In Group 2, St. Judes are on top with 8 points, Ballyboden and Clontarf are on 6 with Craobh Chíarán fourth on 4 points. 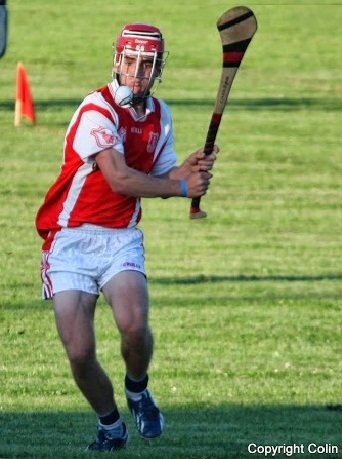