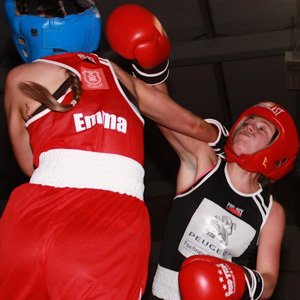 Yes there was some blood but mostly it was glory on Saturday’s Cuala Fight Night.  Many are saying it was the greatest night ever at the club and it is hard to argue.

From the organisation to the music, the atmosphere to the bravery everything worked like a dream.  Anyone who saw the entries of Mike Bernie at first then Emma Schütte and Lorraine Hayes will live long before they forget them.  Well done to everyone involved who took to the ring, who helped from the club, from Angels Boxing Club and the sponsors on the night Faichney Ringwood Peugeot.

Of course, those who deserve our greatest thanks are our brave boxers. This really was something special. And its not too late to show your appreciation for their gallant efforts. You can still Sponsor a Boxer from the list of  contestants. (Note accompanying pictures were taken before the fight).

More Pictures in the Cuala Gallery –

Dublin Hurlers vs Kilkenny -Travel in Comfort to the Game!
Scroll to top