The girls of Cuala want to say well done to our senior footballer team on their fantastic win over Na Fianna last night. The 1999s in particular would like to wish Derek and all the lads the very best of luck in the final next week.

But this weekend it’s all about the small ball. We want to say go n-éirí an tádh libh to the Senior Hurlers who play in the County final on Sunday. We hope to cheer you on in Parnell Park; and we hope that we will be cheering you on as County finalists ourselves because no fewer that 3 of Cuala’s camogie teams are in championship semi-finals this weekend. 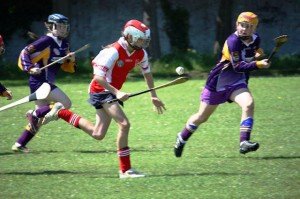 Welcome to our 2007 Girls
Scroll to top