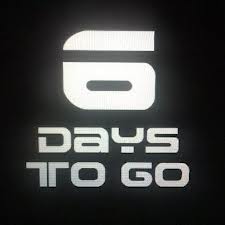 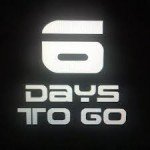 We are looking forward to one of the biggest week’s in the clubs history and are looking to get all members involved from the youngest to the eldest. Centrepiece is of course Sunday’s Dublin Senior Hurling Championship Final against Kilmacud Crokes.  Throw in is at 3-45 in Parnell Park and there will be daily updates on www.cualagaa.ie, through facebook and twitter concerning ways in which people can get there, ways in which they can dress up and give the best level of support and ways in which they can get to know the 15+ of Harry’s Heroes that will hopefully be bringing the title back to Hyde Road on Sunday night.

The lads will be training tonight and Thursday at Bray Emmets and there are plans coming together for one more special session where there will be an opportunity for club members to see and meet the stars they will be cheering on Sunday. We’ll have more details on this in the coming days.

Starting tomorrow we will introduce you to the team that have come this far and have no intention of stopping just yet.

Throughout the weekend we will be co-hosting a festival of hurling with teams from both clubs at all ages from 6 to 15 meeting in challenge games at Hyde Road, Glenalbyn and Thomastown.  Everyone will be in club colours and fired up then for the trip north of the river.

If that was all it would be enough to be a magical week but it’s not.  On Tuesday night our Senior Footballers take on Na Fianna, again at Parnell Park with a place at stake in the Dublin Intermediate Football Championship.  this would be our third such final in a row and as many as possible are encouraged to make the trip.  The semi final is scheduled for 8.15. The final is scheduled for Saturday but  if we make it that will be rescheduled to October 17th.

Good luck to our three Minor football teams who are all in Championship action across the City from Dalkey to Portmarnock on Sunday morning.

Our first title of the season was secured on Saturday when the U14B hurlers beat a spirited St Peregrines side by 3-11 to 3-2 to make themselves unassailable at the top of League Division 5. Well done to the lads on their ten game unbeaten run.

Great win on Saturday for the U16 Hurlers who came from 11 points down with 20 minutes to play to beat Whitehall Colmcilles by 2 points and set up a Championship semi final against who else but Kilmacud Crokes.

Well done to the U13 hurlers who secured survival in Division One with a crucial win over Balinteer St Johns.

Tickets are still on sale for the Scoil Lorcain fashion show featuring plenty of Cuala folk taking place on Saturday night at the Killiney Castle Hotel.

Thanks to all those who made the effort to help out at the two recent big nights in the Cuala Hall. the season of socials is on us again and we need volunteers from among parents and club members to ensure these important fund raisers can be carried on with.