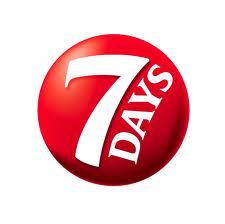 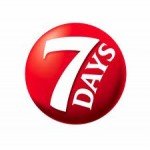 Seven days to go now to the biggest day for Cuala in a quarter of a century.  The Dublin Senior Hurling Championship Final throws in at 3.45 in Parnell Park next Sunday but before that and throughout the weekend we will be having the life of Reilly with matches involving almost all of our younger teams in a Festival of Hurling with our close neighbours.

It’s being billed on twitter as the #PoshestFinalEver but there will be no standing on ceremony in the big game and there will be lots of fun and friendship before we all set off to Donnycarney.

There will be games involving some of the younger girls at Hyde Road on Saturday with 1pm throw in’s.  Then on Sunday the action really hots up.

Our U6, U7 and U8 teams will be playing on the top pitch at Thomastown at 1030 with the Uu13’s who had a good win against Balinteer on Ssaturday playing on the bottom pitch at the same time.

When they head for tea, cake and sangers the U14’s including some of those fresh from their clinching the Division 5 title and the U15’s will take to the bottom and top pitches respectively at 11.20.

We really want a big turnout from as many people involved in the club as possible.  Red and White will be the order of the day and we need to put on a big show to prove to be the sixteenth man for Harry’s Heroes in the afternoon.

Follow all the preparations here during the week as well as on facebook and twitter and get ready for a week that will live long in the memory of Cuala members young and old.  Make sure you are part of the story to be written.

1. Reduced Adult Tickets
Cuala members who purchase their tickets in advance through the club can avail of a special Adult price of €12 for the stand  & €10 for the Terrace.

2. Juvenile Group & Adult
Admission for U16s is free, but for Mentors who wish to bring groups to the finals, one adult will be admitted FREE with every ten juveniles (Terrace only).

These tickets must be ordered  on the Cuala Ticket Line by 8:00 p.m. on Tue 9 Oct.
–email to  cualatickets@gmail.com
– Text to   087-9019043
Tickets collection arrangements will be advised later.

We know already that the Academy are bringing at least one coach from the club on Sunday.  Places must be booked in advance during the week.  Tickets for that €5 a go.  We will bring news of other travel arrangements as we are made aware of them during the week.