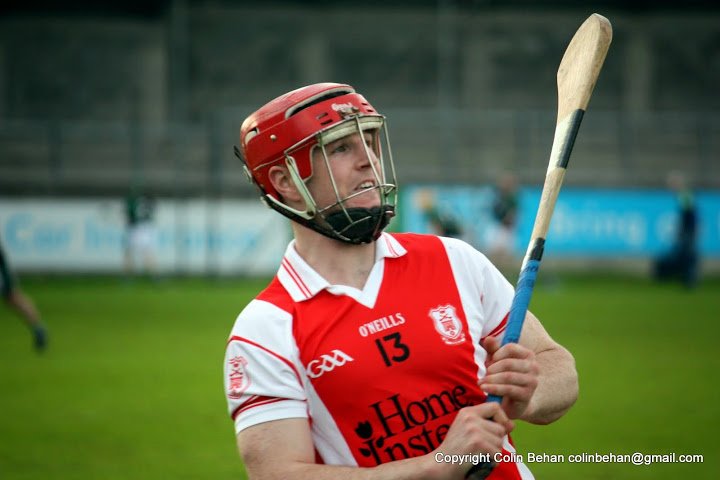 A confident, work-man-like performance in the final round-robin stage of the Senior Hurling Championship overcame a depleted Craobh Chiarán side on a sunny evening in Crumlin. Craobh were without the services of their talisman and chief play-maker Alan McCrabbe who was out through suspension, and their stalwart full-back Eugene Farrell who had suffered a broken finger. In the end it was Cuala’s better fire-power up front that won them the game. David Treacy’s early goal set them on their way. He caught the ball over two defenders, turned for goal and dispatched his shot to the net. Colm Cronin’s goal just before the break effectively put the game beyond the reach of the Northsiders following great work by Seán Treacy. Barry Connolly was deadly from the placed ball and hardly missed an opportunity to put space between the teams. However, the foundation for the victory was the Cuala half-back line and mid-field who dominated all through. Gough gave a man-of-the-match performance winning difficult ball and bursting through time after time. His cohorts Ross Tierney and Shane Stapleton mopped up everything that was thrown at them and limited Craobh to a minimum of possession. Bobby Browne and Colm Sheanan were very effective through-out and worked tirelessly for the team. The Cuala full-back line was put under serious pressure in the second half when artillery shells from Craobh’s keeper Stephen Chester rained down on them. But despite one breach 20 minutes into the second half, the line stood firm.

Next Up: Quarter-final dates and venues have not been confirmed yet, but all games will be played on Friday or Sunday 26th or 28th September.