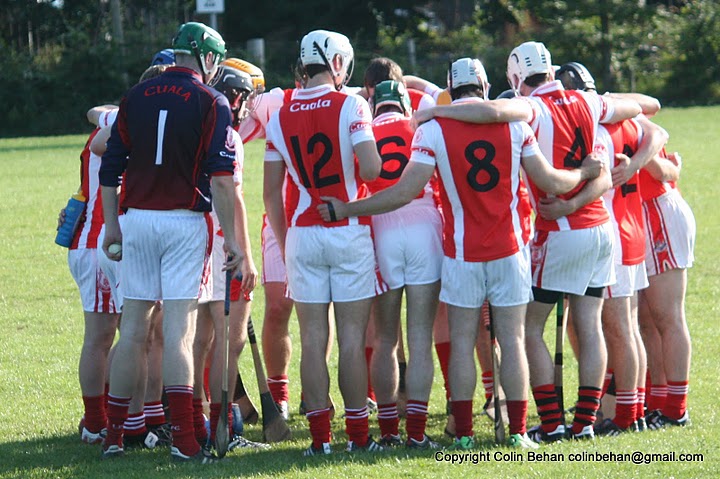 The senior hurlers recorded a very impressive 1-18 to 1-9 victory over Lucan Sarsfields today in the Dublin Senior Hurling Championship. Thankfully the wet and windy weather which we endured earlier in the week was replaced by a summer sun and light breeze in Parnell Park leaving perfect conditioning for this eagerly awaited championship meeting.

Cuala started very brightly with Cian Waldron, Dan Keating, Davy Cunningham, Barry Connolly and David Treacy all hitting first half points to leave Cuala leading at the break on a scoreline of 0-10 to 0-4 having played with a slight breeze in the opening half.

The second half started Lucan got a long range free to leave 5 points between the teams before Cuala replied with a point which was quickly followed by a superb Davy Cunnigham goal which was rifled into the bottom left hand corner of the net. From here on Cuala seemed to drive on and while Lucan did get a goal back from a 20m free Cuala were always in the driving seat in this match and points from Dan Keating, Sean Moran, Barry Connolly, David Treacy, Conor Gough and Colm O’Farrell saw Cuala finish out 9 point winners in the end on a scoreline of 1-18 to 1-9.

Congratulations to all the management and players on their fantastic win!!

Hard luck also to the second hurling team who lost out to Castleknock in the Junior A Championship today.

Next up for the Cuala is a match against St Vincents in Parnell Park on the 9th May at 18:45.