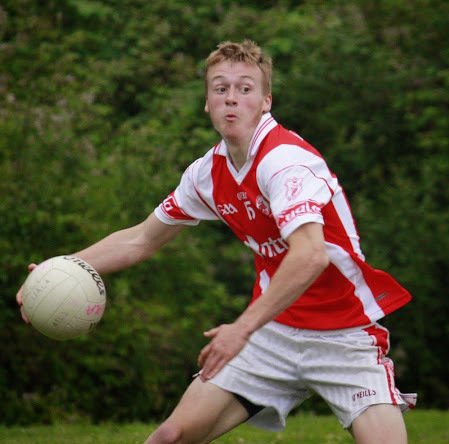 Cuala maintained their promotion push with a hard fought away win against fellow promotion contenders O’Tooles on Saturday night. Cuala sit firmly in second position with two rounds of matches to go. The home side started brightly and Cuala struggled to contain the direct running of the O’Tooles attack. A well taken goal by Luke Keating appeared to settle Cuala nerves and the Luke, Matthew Clancy axis was beginning to take control. Scott O’ Brien scored a good goal to leave Cuala looking comfortable before the break. Another promising Cuala attack broke down and the home side moved down the field to score a goal. At the half time break the sides were level Cuala 2-7 O‘Tooles 1-10.

The half time management team talk seemed to work as the Cuala work rate and tackle count improved after half time. The home team were limited to scoring three points in the second half. The youthful Cuala backline all six are current under 21s’ began to dominate their opponents, Conor Mullally was running off his jet lag and David McMahon was covering acres of ground. The introduction of the Cuala substitutes made a significant effect and Killion Sheanon scored two fine points from play. Cuala closed out the game well and outscored their opponents by five points in the second half.

As the league stands Cuala are guaranteed a play off for promotion to Division One. The remaining fixtures depend on whether Dublin beat Donegal in next weekends All Ireland semi final.

Fogra :  Hard to pick a man of the match from Saturday’s fixture, but Cuala’s outstanding player during the Summer series has been Matthew Clancy who has shown great leadership throughout the Summer.

Fogra Speisialta: Best wishes to Michael Fitsimons and the Dublin Senior team next weekend and also to Con O’ Callaghan and Donal Lane who represent the Club on the Dublin Minor team who also face Donegal in the All Ireland semi-final on Sunday. 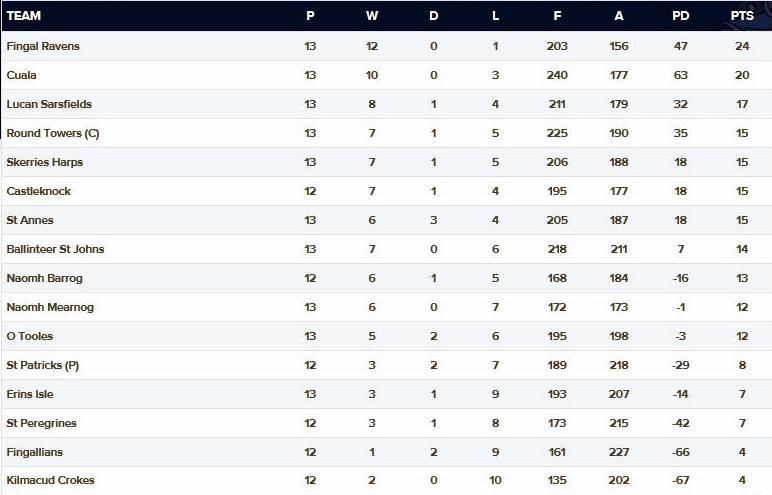