Cuala advanced to the Q-Finals of the Sen B Championship with a 6 point win over Trinity Gaels in Bray Emmets Grounds on Saturday evening. In summer temperatures Cuala always looked the better team without really putting Gaels to the sword.  Saturday also marked the promising debut of former Galway star, Mathew Clancy whose six points were ultimately the difference between both sides.  Clancy’s points were scored off both feet and also included a fisted point. He looks to be a great addition to the Senior squad and it’s great to boast that we have two Senior All-Ireland medallists among our ranks now.  A goal from Conor O Brien midway through the second half gave us a bit of breathing space and that really ended a niggly challenge from a Gaels team who ran out of steam towards the end. Solid performances throughout with Fitzie and Conor Mullally providing an attacking impetus from the half back line. Some spectacular Aussie rules type fielding from Jack Mc Kenna also as he continues to improve after a long break through injury.

As ever at this time of year, the squad is at its best and competition for starting places is going to be intense for hopefully an extended run in the Championship. An experienced bench afforded Cuala the luxury of bringing in Donal Lehman, Scott O Brien, Mark Schutte and Ronan Murdock. With Luke Keating and Niall Carthy both set to come back in it will be interesting to see how Cuala will line out in the q-final. Next up are St. Mary’s.  Favourites Oliver Plunketts and our old nemesis , Skerries have been avoided. Could be interesting.

Photos from the match are in the Cuala Gallery here 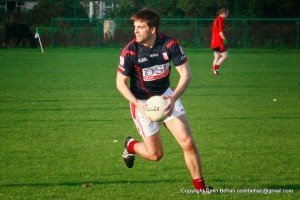 Keep up to date with the Adult Footballers Free Text Service!

To receive a FREE text every week with Cuala Adult Fixtures and Results just text your name to 0873909719.

U15B Hurlers have pedigree as they face Peregrines in Shield Final this Sun...
Scroll to top