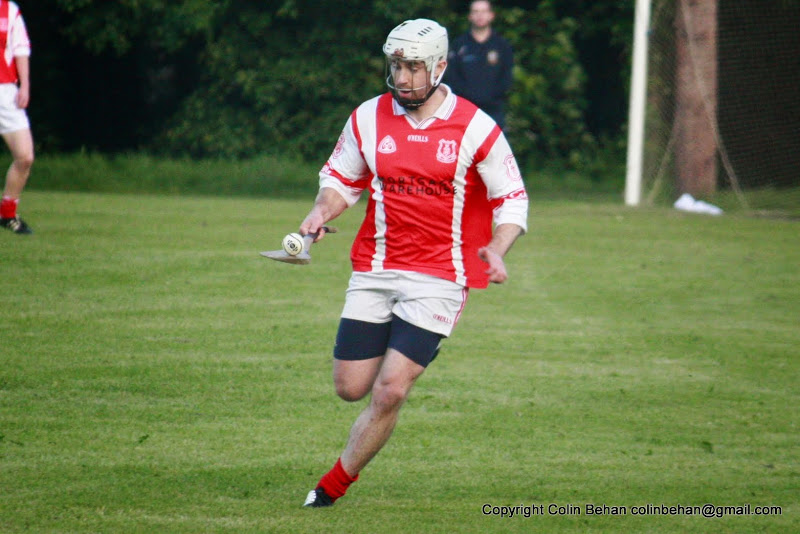 The second hurling team under the guidance of Harry Robert’s, Brendan Stanley and Timmy Walsh secured their place in the Junior A Championship Quarter Final with an impressive victory over a formidable Trinity Gaels side on a scoreline of 1-18 to 0-11. Junior A championship Trinity Gaels v Cuala in Donaghamede 2/7/2014.

Cuala attacked this game from the start playing with a strong breeze at there backs had scored 3 points without reply. Trinity gaels scored a few points from frees but the pressure applied by the Cuala forwards was relentless and after 12 minutes Eoghan Breathnach lobbed the goalkeeper from 40 yards to score the games only goal.

Stephen “Butsy” Butler was busy again taking long distance frees which he scored with ease. The Half time whistle saw Cuala leading on a scoreline of 1-7 to 0-7. This team seems to do all their best hurling in the second half, the full back line of Martin Cahalane Andy Browne and Niall O’Dowd were exceptional nothing got passed them, they closed down and hounded the Trinity forwards and distributed the ball effectively to their half back line of Colm Murphy Bobby Browne & Conor Hayes one of these guys was always free to collect a pass and lay it up to young Dara Twomey or Justin Byrne who would put it over the bar.

The second half saw Eoghan Breathnach moved out to midfield and he got the measure of the Trinity Gaels big no 8 and this released Scotty O’Brien and David Ryan who moved to the half forward line to do what they do best running with the ball at the Trinity back line drawing defenders and setting up scoring opportunities for the forwards.

Cuala scored 11 points in the second half to Trinitys 4. Best score of the day went to Sean Gibney who leaped majestically above two defenders plucked the sliotar out of the sky made some room for himself and scored a lovely point from 40 meters. final score Cuala 1-18 Trinity Gaels 0-11