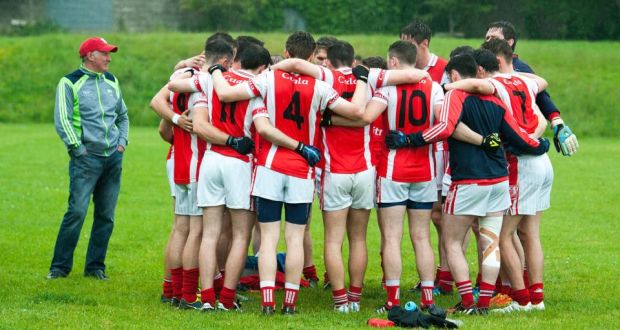 In the summer months of 2016, in between Robbie Brady’s goal against Italy and the Olympic Games in Rio, the irish Times ran a competition to discover the best Sports Club in Ireland.

There was plenty of competition but Cuala emerged on top.

Since then another whole half a generation of boys and girls have come through the academy and kids that were playing Féile are now moving into our adult teams.

In a rush to be always moving forward its sometimes as important to look back and savour why we do this in the first place.

At Cuala last weekend the sun is shining, the grass is mown, the noise is mighty. Ken FitzGerald, one of the coaches, is surrounded by tiny hurlers. Some hang on his every word; others are hacking holes in the turf with their hurleys.

“We’ll say two things to you during the game,” Fitz says. “Tackle and big swing.” He is kind and engaging and doesn’t need to raise his voice to get the attention of the tiny grass hackers. The children, who range from four to six, listen to his questions.

“What will we do if someone tries to tackle us?” asks Fitz.

“No, not break their heads,” says Fitz, but his advice is lost in laughter.

You can read back the whole of the article that announced our win right here.