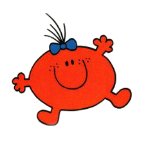 The women of Cuala turned out in their droves, like that episode of Fr. Ted where all the women congregate to see Eoin Mc Love, the lovely, jumper-mad TV presenter.  Cuala was the place to be last night and Ken was our Eoin Mc Love, promising weight loss, trimmed post-Christmas turkey bodies and a good laugh while we were at it.

I turned up late (typical Cuala style), filled in my health form and handed my small sum to the women who looked like they knew what to do with it. It was blisteringly cold out so I layered on tights, socks, tracksuits bottoms and a thermal top….which I would immediately regret when I started planking.

Barbara took to the centre of the room and 37 women looked on awaiting further instruction. The stretches were good. The verbal aerobics was better and despite not knowing anyone well enough to justify being there I couldn’t help but have a giggle at some of the conversations around me.

Their gossiping, giddy cacophony filled the room in seconds. I figured there were, in total, about 4 people who attended that hadn’t  given birth (including myself and two men.) None the less, we stuck together and did all right.

We were surrounded by people with a variety of gear, from new, shiny tracksuits courtesy of Santa, old tracksuits from school PE days, no tracksuits, battered runners, Penny’s excuses- for- runners and Nike pro ‘trainers.’ I can genuinely say I have never been to a gym, a pool or a pilates  class where, women especially, have been so brave and bold about getting red faced and sweaty in public. There was no embarrassment, competition, snobbery or waiting for machines. It was all encouragement, fits of hilarity and serious activation.

Squats up first. Ease us into it. Then planks and wobble boards, push ups, sit ups, steps and running.  Sounds like a form of torture – didn’t feel far off it either. My competitive streak waned, even as my Mother joined in, as I realised there was no stopping me laughing. This was all about the craic and ‘holding the farts in’ as Ken encouraged. Women wouldn’t know about that kind of thing.

We finished with a cool down…where the cool bit came into that I don’t know. We had to run to the end of the hall lifting our knees right up as high as possible. The women beside me planted her foot so hard on another runner’s arse in front, I thought the one in front would leave bruised and the kicker die of embarrassment.  We soon finished, the cacophony died off and I came to realise why my family are so besotted with this club. Cuala remains what I hear people call ‘old Dublin’ and it is a way of living.