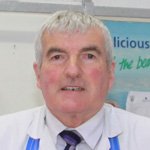 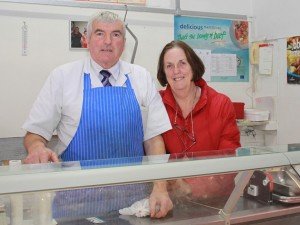 Ask any Vatican official when was the Popes Visit to Ireland.  They’ll pause a moment and then say “Ah yes, that was the week that Peter Dunne opened up his Butchers shop in Glasthule”.

You see, the Kildare man has been a bit of an institution himself for over 33 long years – serving his local customers and the wider community.  And a special beneficiary in that community was Cuala.  Chairman Peadar McAdam confirmed this view saying  “Peter has been a great supporter and sponsor of both Adult Hurling and Football in Cuala for over 40 years. An achievement recognised in 2010 when he was awarded Cuala’s Distinguished Service Award“. 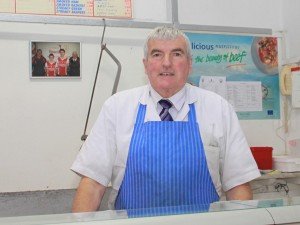 Now, Peter has decided to lock the door for the last time (Sat 27) and enjoy a hard-earned retirement. And the seniors didn’t miss the opportunity to pay homage to their greatest supporter. They were on hand (& with one hand on the IFC Trophy) to wish their Sponsor well on his final day.  In the week following our Footballers regaining Senior Championship status, and bearing in mind Peter managed the Seniors in the early 90’s, his timing couldn’t be better.  Who knows, maybe he’ll have time to return and assist his son Derek.
Everyone in Cuala wishes Peter the best of luck. We hope he and Mary will enjoy a happy and fulfilling retirement and look forward to seeing them both for many years to come at all their grandchildren’s matches now they have the time. 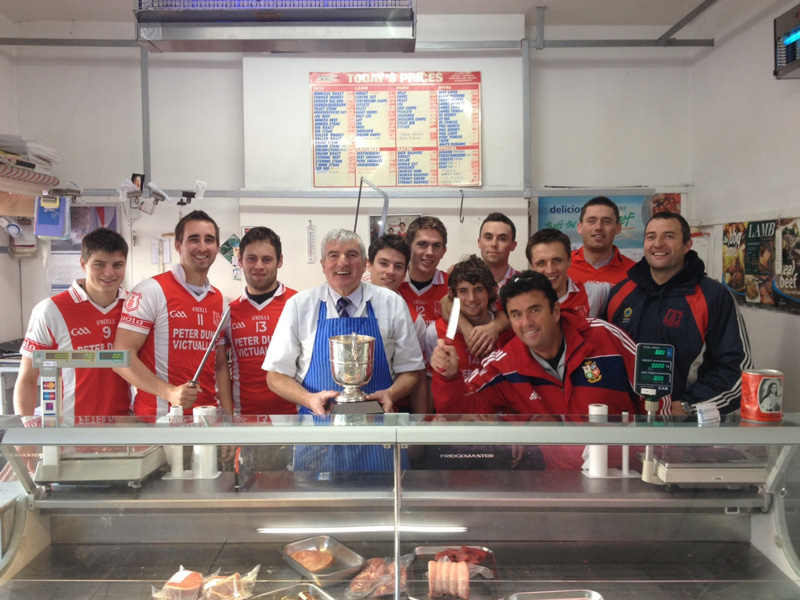 Don’t be early for the match
Scroll to top