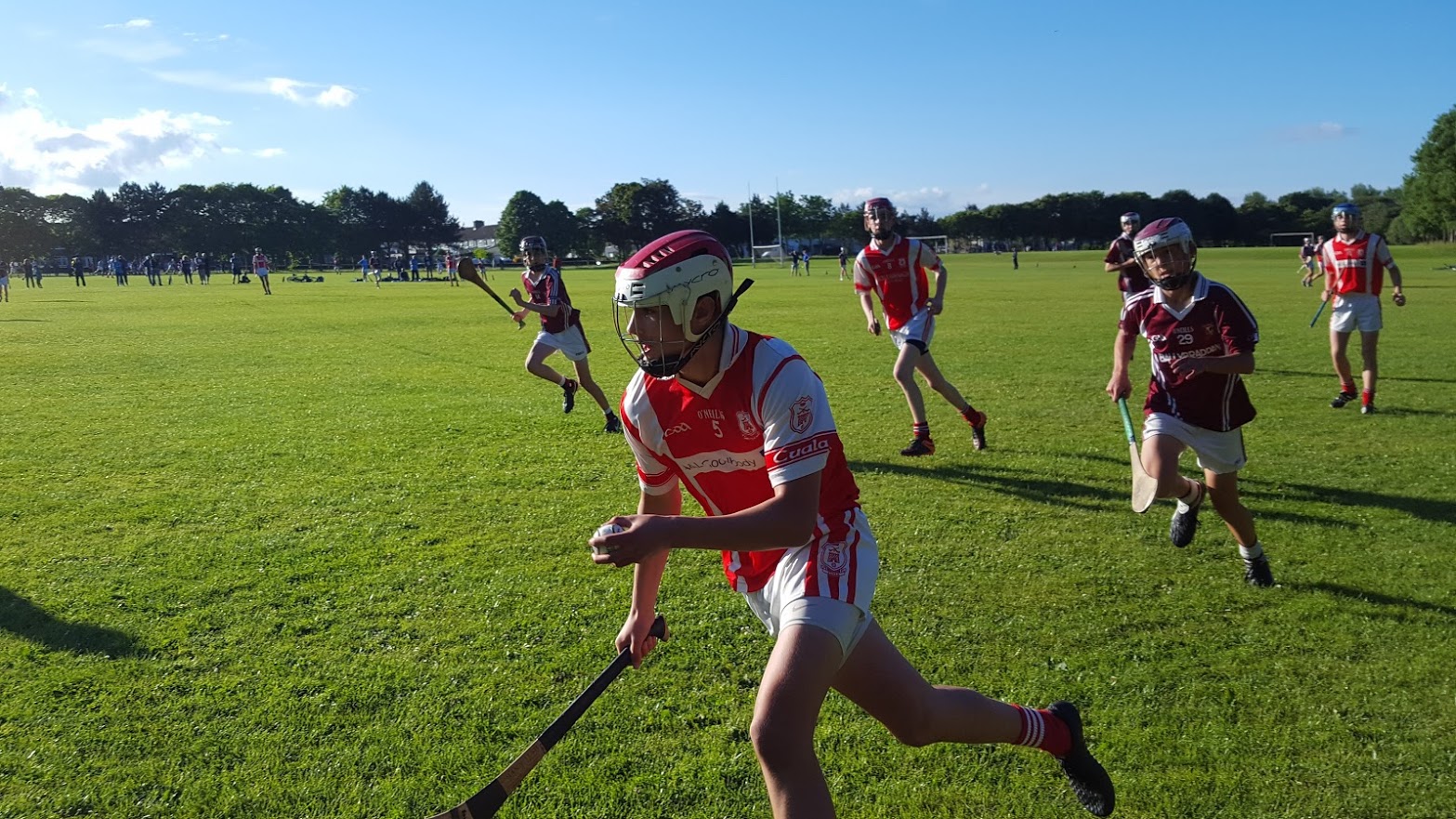 St. Anne’s was resplendent in warm sunshine for this mid-week U15 Division 1 hurling League game. Referee Danny Harrington caught the eye with an ‘off the shoulder’ saffron number, but he wasn’t the only one getting attention from the supporters on the line. Quinn and O’Toole stamped their authority all over this game where the Maroons from Raheny should tremendous courage all through, and never dropped their heads despite being down a number of players. Within 2 minutes, Dunne had rattled the net following a scramble in the Raheny goal-mouth. The keeper had already made two good saves and knew he was in for a very warm evening! O’Toole, Malone, Hayes and O’Braonain added points, but Raheny had their best spell of the game on 15 minutes where they rattled off three unanswered scores. But the Raheny keeper would be the busiest player on the field as wave after wave of attacks from Cuala rained down on him. Eventually, just before the break, the dam burst. O’Drisceoil, Malone, and Mooney would find the back of the net in a devastating 8 minute spell that blew the game wide open. Cuala went in 4-8 to 0-3 up at the interval.

Dunne added his second goal on the re-start as Cuala continued where they left off. O’Toole was raiding from the centre-back position and finding gaps through the middle which he exploited to devastating effect. He would end up with 2-5. Quinn on his left is a tidy hurler and swept up any threat behind. His touch and striking was economical all through the game. O’Dowd and Tobin around the middle were linking up nicely with the forwards, and O’Shea was winning everything at the back. O’Toole was moved to centre-forward late in the game and capped a wonderful performance with 2 cracking goals at the death, and a point that fizzed over the black-spot. The final score was 7-17 to 0-4 to the Dalkeymen. Cuala ease their way into the top 4 for the first time. It’s a great achievement from a very committed bunch of players. The summer is now getting interesting!

A special mention required for Aaron Carey who travelled directly back from LA to play.

Next up: Cuala have two league matches remaining to get into the play-offs; Oliver-Plunketts at home on Thursday 20 July and finally, Crokes away on Thursday 31 August.