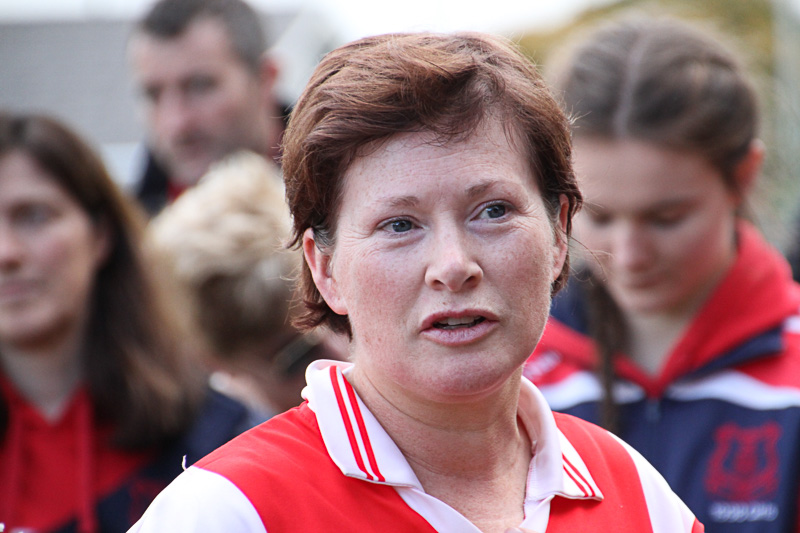 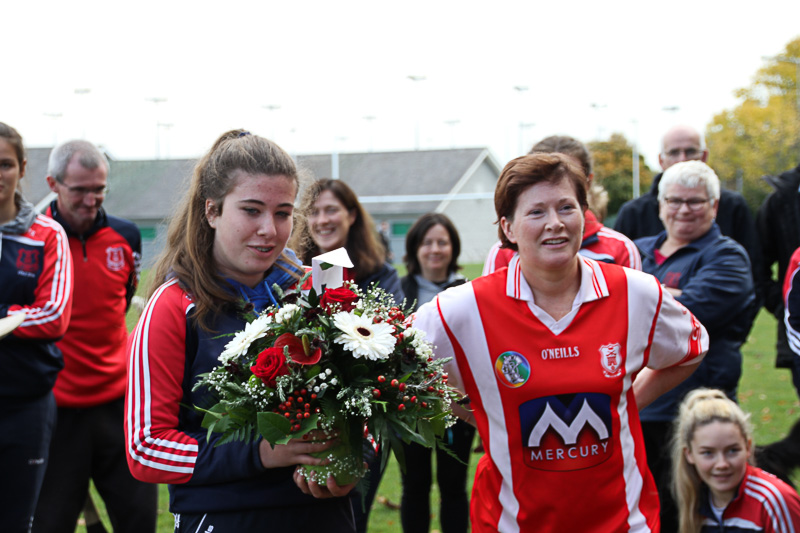 Best wishes to Niamh O’Connor on her retirement from playing with the Cuala adult camogie team. Having played a big part in Cuala camogie back in the late 90s to mid 00’s, Niamh came back to play a key role in Cuala’s return to adult camogie after an absence of 6 years. Along with Mairead Kenny, Niamh’s leadership of the younger girls, was central to their move from juvenile camogie into the adult ranks, the majority at the time, aged only 16 years old.

During these last 3 years Cuala adult camogie has gone from strength to strength, this year for the first time ever fielding two teams in the adult championship and two teams in the minor championship. Other highlights for Niamh and the Cuala adult development team over that period were winning the D7 Shield in 2013 with Niamh captaining the team, winning the D7 league in 2016 and reaching the D7A Shield final yesterday, only for St Finians to spoil the party with a win after extra time.  Niamh was also awarded the 2014 Cuala Adult Camogie Player of the Year.

Although she may have played her last game for Cuala, Niamh will still be centrally involved with training including the 2002s who she recently trained to win the U14 B Championship against St Oliver Plunketts Eoghan Ruadh.  Plunketts was the club Niamh started with and with whom her family have strong links, including her late father Christy Hayes who played with Dublin in the 1961 All Ireland final and who also trained the last Dublin camogie team to win a senior All Ireland in 1984.  Although Niamh will be missed on the field of play she leaves Cuala adult camogie in a very strong position, with a very bright future ahead. 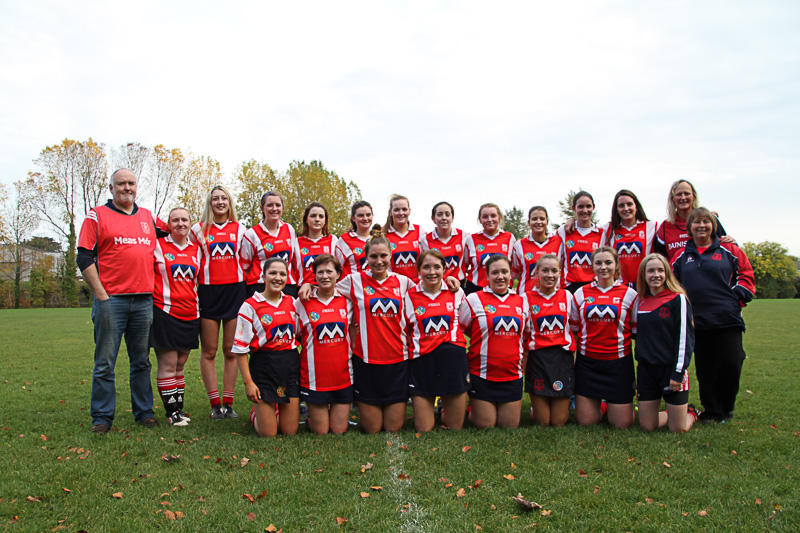 Big Thanks to All Supporters
Scroll to top