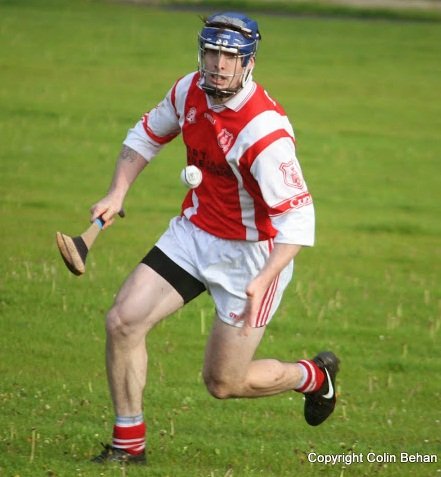 The introduction of current Minors Jack Lahert, Dara Twomey, Shane Murphy and Justin Byrne compounded the difficulties for a Ballinteer team already under severe pressure, and bodes well for the future of Cuala hurling. Each of them ran their opponent ragged and between them they clocked up a classy 7 points in a period of just 15 minutes.  This was a very surefooted, professional display by Cuala who out performed Ballinteer in almost every position on the field.

The back-bone of the win was the Cuala defence who kept their opponents in a vice-like grip throughout. Ballinteer were held scoreless for the first fifteen minutes of the game whilst the lively Seán Magee helped himself to three points, and Seán Gibney, Eoghan Breathnach and Odran Waldron with a point apiece took advantage of a feast of ball coming into the forward-line. The Cuala performance was relentless and at one stage they were scoring at the rate of one point per minute. One of the key attributes of the game was Cuala’s ability and cleverness with the use of the ball. Their impressive passing was such that almost every strike was hitting the hand of a teammate. Three points came from stunning 2/3 pass moves from puck outs with Colm Murphy sending over a screamer from the half way line from one such move. Ballinteer converted two frees but, just before the break, Carthy took a nice point to rub salt into the wounds and put Cuala ahead on a score-line of 0-11 to 0-6.

After the interval Cuala continued relentlessly where they left off. Seán Gibney, Mattie Higgins, Odran Waldren and Eoin Brennan all troubled the score-board as the Red and Whites dominated in the forward line. With the win already in the bag, Harry, Brendan and Timmy introduced four of the current minor team to add more woe the Balinteer contingent. They polished off what was already an accomplished win. There’s no doubt these lads have a great future ahead of them in hurling.

Footnote 1: Such was the Cuala dominance, that Cuala kept Ballinteer to just 2 points from play over the whole game whilst Cuala racked up a massive 22 points, only registering 3 points from the placed ball.

Footnote 2: With 4 games played, Cuala lie 9th in the League on 2 points.

Next up: Championship game at home to Scoil Ui Chonaill in Shankill on Wednesday 4 June 19:30, followed quickly by the next League match Sunday 8 June 11:00 against Raheny away.