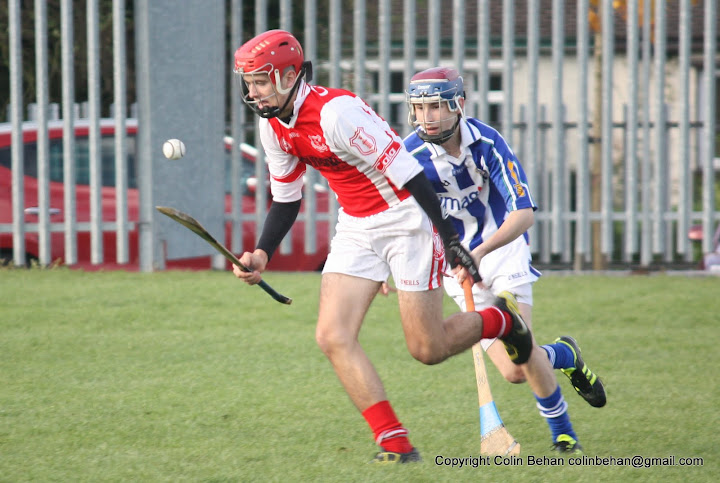 Congratulations to the minor hurlers claimed a great victory over St.Vincent’s last night to qualify for the Division 1 League Final.

Having lost in the League on their first outing against Crokes, Cuala needed to beat Vincents by a margin of at least 6 points to finish second and qualify for the League Final. This would leave Ballyboden in third behind Cuala on score difference. Fielding without 4 of their Dublin Minor contingent, Cuala showed huge levels of commitment and determination and no little skill on a short, narrow pitch with a playing surface that badly needed a mower!

Cuala started brightly and a point from Andrew Murphy and a fine Luc O’Giollain goal within 3 minutes of the start set the tone for the match. Jack Behan at the heart of the defense, supported by Kyle Braine and Sean Drummond on the flanks, were the foundation for this win with Andrew Murphy and Dave McMahon working tirelessly in the ‘engine’ in mid-field. Killian Sheanan and Luc O’Giollain on the right were constant thorns for the Vins defenders and Sheanan was deadly from placed balls. Conor O’Sullivan, Ciaran McDermott and Jack Phelan were preventing Vincents from getting any kind of clean possession to launch sustained attacks from their half-backs. When Ruairi O’Giollain slipped in for the second goal, the match was effectively over as a contest.

Vincents to their credit continued to fight and, late in the game, asked a few questions of the Cuala rear-guard, but the full-back line of Cillian O’Farrell, Kevin Killian and Cian McCarroll backed up by a solid display from Sean Brennan in nets proved too strong.

The Minors now face the prospect of meeting Crokes in the League Final on a date & location to be decided. It should be a ‘cracker’!