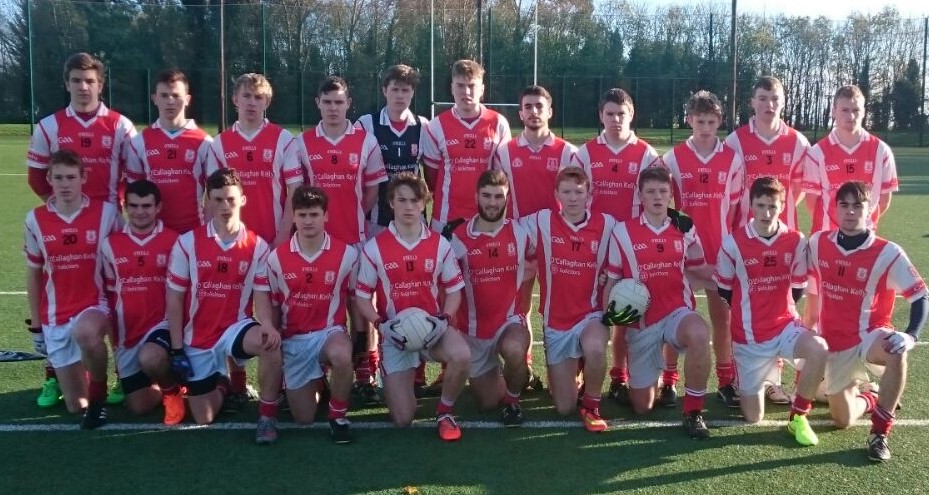 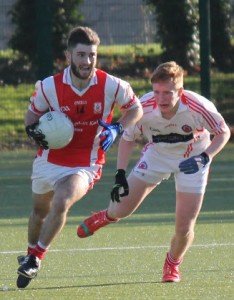 The game was played in excellent conditions on the astro-turf facility in Alfie Byrne before a big crowd that got full value for its money.

Cuala had won both league encounters between the teams but were without wing back James Murphy and talismanic midfielder Andrew Power, both stricken with ankle injuries.

Even though they played into the wind, Clontarf played by far the better football in the first half and notched up early points to go into a three point lead after 5 minutes. Cuala were slow to settle and played second fiddle for long stretches.

Tenacity is a feature of this Cuala team personified by the sterling defensive performances of Enda Kelly, Dara Collopy and Jack Lehart.

Cuala dug deep to go into the break leading by 1.4 to 0.6, the Cuala goal coming from the hard working Gavin Hartnett who gave his most polished performance of the campaign. The Clontarf fans must have been scratching their heads at half time wondering how their team went into the break not leading by a considerable margin.

The second half was a different story. Joe Mahony came on at half time and put in a big shift at full forward. Cuala settled and began to pay constructive football. Joe offered an outlet for the Cuala runners and for the first time the Clontarf defence was on the back foot. The Cuala forwards began to open holes in the Clontarf defence and it came as no surprise when Cuala added another 2 goals from Big Joe and Gavin. Gavin’s second goal was finished in style after great approach play by Tiarnán Lane, Darragh Spillane and Niall O’Callaghan.

Goals win games and that is how it turned out.

Throughout the campaign Cuala topped the goal scoring charts and Sunday was no exception. Clontarf tried valiantly to close the gap but ran into a Cuala defence that to a man excelled. Niall O’Callaghan and Darragh Spillane kept the score board ticking over throughout.

The team was full of heroes. Each player could be lauded for their individual performances but that would not do justice to a su 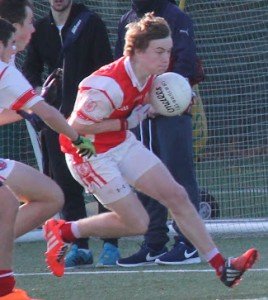 perb team display. The great strength of this team is that they keep going even when things go against them- last Sunday was no different.

Photos of the final can be found HERE