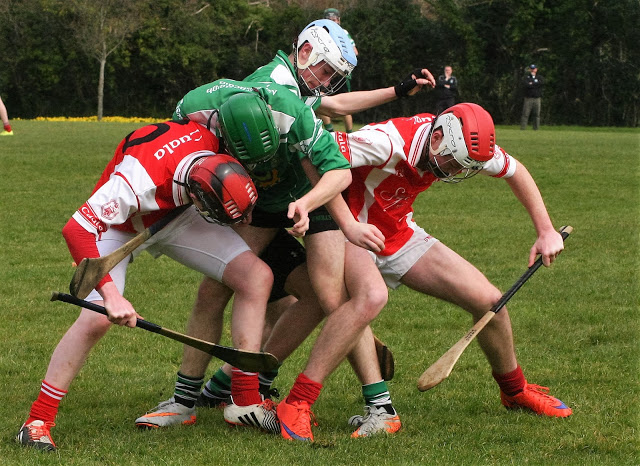 Minor B Hurlers starred this weekend.

They are now 2 for 2 having defeated Lucan’s B team by 4-9 to 3-5. The hugh turnout of players left poor Chris with a problem of getting all 26 lads a game, without upsetting the overall team and still managing a win. Lucan were in a similar position and, with ref Dave Conway’s assent, we agreed to roll on and off the subs to ensure game time for everyone.

From the Goalkeeper, Cormac Spain, to the full forward line the lads played as a team. They came out fighting and had a strong first 20 minutes, with the forwards on fire. As happens in many games, the lads took their foot off the pedal a small bit and allowed Lucan get back into it towards the latter part of the first half. 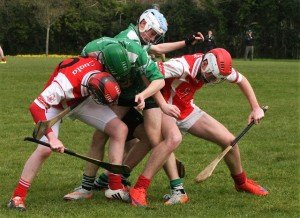 een the
two sides by half time.

The second half was a closer affair with Lucan getting a handle of the Cuala lads.

A couple of lucky goals got them closer but additional  goals from Jim Kennedy and birthday boy Shane Molamphy, added to frees from Luke Holden and Craig Finn, saw the home team come out on
top.