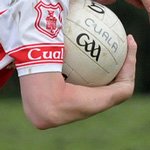 Cuala reached the semi finals of the Junior A Football Championship tonight after a hugely impressive win over a Craobh Chiarain side who operate a whole two divisions higher.

The hosts were red hot favourites heading into the game, but manager Enda McGowan managed to pull off another huge win, as he continues to earn the reputation among club coaches as the ‘Championship specialist’.

McGowan famously brought home the Junior D title last year after turning a group of misfits into a Junior D juggernaut who stormed their way to glory.

Tonight’s team had a very young look about it, with a number of players only in their first year of adult football. They were facing a very physical Craobh side, but Cuala’s superior speed and skill was enough to book a place in the final four against Kilmacud Crokes.

The Cuala starting 15 had just four players who weren’t eligible for the under 21 side. Alex Brock, Colm Murphy, Colm Sheanon, and Craig Lawlor the most experienced in the side.

Conor bennett looked to take control of the game from the very start as he earned Cuala’s first free after collecting the throw in and charging forward to the Craobh 21 yard line, where he was dragged to the ground. Paul James coolly slotted the free over the bar.

Craobh Chiarain then began to boss the middle of the park and scored five unanswered points. Four of which were free’s converted by the Craobh number 10. A fine free taker, but a lad who possesses some of  the worst tattoos known to man.

McGowan knew that his young side needed some inspiration. Most of it were four letter words that can’t be printed, but it certainly did the trick, as Cuala fought their way back into the game.

Oisín Mistéil was impressive in the opening few minutes, and he was instrumental for Cuala’s second point on 12 minutes. as his smart hand pass opened up space for Colm Sheanon whose cross field pass was excellently caught by Paul James who slipped it into Conor Bennett who tapped it over.

Craobh Chiarain took a quick free and with an overlap ended up putting the ball into the back of the Cuala net. It seemed that the home sides physicality would be enough as they raced into a 1-5 to 2 points lead.

But the Southsiders fought back and the hard working Dylan Kennedy was rewarded with a fine point after 15 minutes. Cathal O’Giollain converted a 45 into the wind which brought a huge roar from the travelling support, and even a punch into the air from O’Giollain.

The Cuala tails were now up, and the full back line of Kevin Kilion, Craig Lawlor, and David McMahon looked far more assured and stopped any threat in front of Sean Brennan’s goal.

Ten minutes before half time, Paul James rattled the back of the Craobh Chiarain net after Dylan Kennedy cleaned up brilliantly in midfield to set up the counter attack.

Further points from Cathal O’Giollain, Colm Sheanon, and Colm Cronin meant that the sides went in at half time level, at 1-7 each.

Cillian Sheanon came on at half time and put the fear of the leaving cert results aside for the evening as he put on a second half master-class to show who the real footballer in the Sheanon household is.

He replaced Conor Bennett who had been outstanding in midfield for the opening 30 minutes.

Colm Murphy and Collie Brock won some hard earned free’s in the half back line early in the second half to set up some quick counter attacks.

They both flanked Alex Brock at centre back who often operated as the free man, and commanded the space expertly, cleaning up a number of loose balls.

Collie Brock did well to last the 60 minutes after a diet of McDonalds and beer while trekking around Europe for the last six weeks. It’s rumoured he asked his big brother to watch his man on a few occasions while he…. “caught his breath.”

Despite their hard work, Craobh Chiarain scored the next three scores from frees.

Conal O’Gillain burst through two tackles in the 41st minute, to set up Killian Sheanon who got Cuala’s first point of the second half. That point cut the lead to two points.

Colm Cronin then burst through the home teams centre back, who looked rather shocked that a young lad had just put him on the ground, and then set up Paul James who had now scored 1-2.

On 45 minutes, the Craobh Chiarain full forward caught a long ball and looked certain to hit the back of the net, but Craig Lawlor put on great pressure and the forward was called for carrying.

Cuala went straight down the other end and young Killian Sheanon earned a free well after turning the first defender. Sheanon stepped up himself and levelled the game.

Colm sheanon, who was now simply trying to keep up with his younger brother, found a gap and forced the Craoimbh centre back to pull him down. Paul James stepped and converted to give Cuala the lead for the first time in the second half.

The away team now had all the momentum, and with just six minutes left, Colm Cronin burst through a tackle once more and popped it to Paul James who was taken out by the full back and goalkeeper, but Killian Sheanon was there to tap it in for Cuala’s second goal. Cuala now led by 2-11 to 1-10.

Conor Murphy, who wasn’t on the park long, was through on goal but took the smart option and fisted it over the bar to extend the Cuala lead to four points.

It came from a sideline ball earned by Killion Sheanon, the smallest man on the park, who knocked their centre back into touch.

Colm Sheanon scored another point with just a minute left, who seemed desperate not to finish too far under his brother in the scoring charts.

With the game all but sealed, Craobh Chiarain were awarded a penalty after Lawlor was unfairly penalised for a foot block.

It was finished well to cut Cuala’s lead to two points.

Time was up, but six minutes were added on, which left an anxious wait for Cuala. A quick counter by Craobh Chiarain had hearts in mouths, but Craig Lawlor made a smart that Brian O’Driscoll, or even Sean Cavanagh would be proud of.

The final whistle finally went to the delight of everyone on the Cuala touchline.

The semi final takes place this Sunday against Kilmacud Crokes. McGowan was quoted after the match saying, “Ara Jasus they were flipping great! Marvellous stuff all together. Although hopefully for the semi final we’ll get a Bainisteoir bib that fits.”