The relevant updated Government advice on Sport, issued on Tuesday August 18th 2020, is as follows:

“Sporting events and matches can continue to take place but behind closed doors with:

The additional implications of the above for Gaelic Games are as follows:

Games behind closed doors – As games must now be played “behind closed doors“, this means only essential personnel should be in attendance. No more than 40 persons per team should be allowed access to games for the moment. This figure should include all players, management, coaches, ancillary backroom personnel and officials.

The restrictions on the playing of games in Kildare remain in place until Government clarify the situation.

Any person wishing to attend our underage training or games including coaches, parents, players and spectators shall be subject to the provisions of the Code of Behaviour (Underage).

For the purpose of clarification, it is the coaches and other responsible adults, trained and vetted to oversee our games at underage level, who are responsible, on behalf of our Clubs, for the organising of our games at this level.

The Government have undertaken to provide further protocols in this context which will be issued in the coming days.

PLEASE NOTE ALL GAMES TO BE PLAYED BEHIND CLOSED DOORS

Team training and Cúl Camps can continue on the basis of no more than 15 people (including coaches) in a designated area of the field once sufficient space is available and public health protocols are followed.

Training in Counties Laois, Kildare and Offaly should continue on a non-contact basis, in groups of no more than 15 people (including coaches) in a designated area of the field, until Government restrictions specific to those Counties are relaxed.

(Note: Underage groups must be comprised in accordance with the ratios provided for by the Code of Behaviour Underage).

Indoor club or committee meetings should be avoided where possible but when they must take place, should involve no more than 6 people and should adhere to the guidelines outlined previously by the GAA’s Health and Safety Committee, including the need for 2m social distancing

All Clubs are reminded of the need to adhere to the following control measures in the interest of the health and safety of our members and broader society: 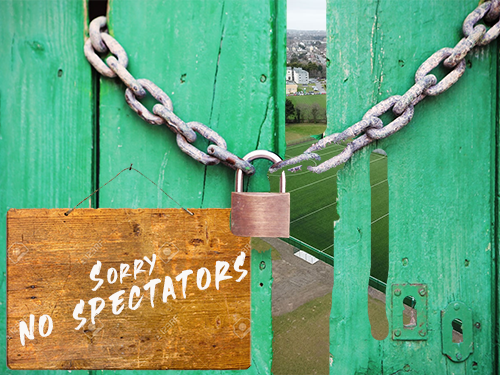